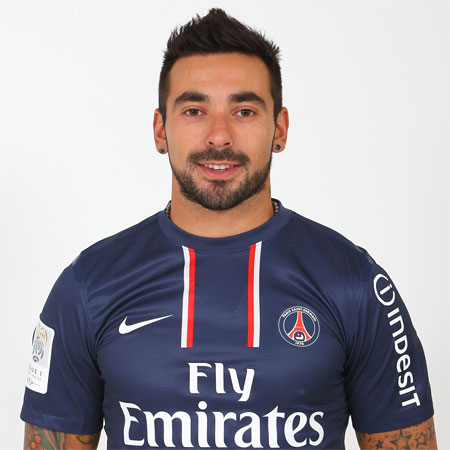 Ezequiel Ivan Lavezzi is a professional footballer, whose current team is Paris Saint-Germain and he plays in the club wearing the Jersey No.22. He is basically popular for his quality game and apart from that his pace, dribbling ability and the hardworking style all are a matter of praise.

Ezequiel Lavezzi was born on 3rd May in the year 1985. From his very early age, he was interested in playing football and that’s why he started his local game with Rosario Central.

In 2003 he got transferred to Estudiantes where he played one season and made around 17 goals. In 2004 he was then bought by Italian Side Genoa but later was loaned out to San Lorenzo. He was just at the age of 19 when he completed Apertura 2004 tournament as the 4th top scorer scoring 8 goals.

Later he was again sold to San Lorenzo. After he entered in San Lorenzo he managed to make eight goals in the Apertura 2005 season.Before he left San Lorenzo and got transferred to Napoli he helped his teams win Clausura 2007 thus my beating Boca Juniors by 6 points who had rejected him in his first days of career.

He made an impressive impact in the team after he scored a hattrick in his first appearance in Napoli against Pisa. He was described as excellent at finding space in the gap between midfield and defense.

In 2007-08 he completed the season with 8 goals in his 35 appearances. Due to his quality game in the season, he started to become very popular among the fan. He scored 7 goals in 30 games then. He changed his jersey No. from 7 to 22 after he handed his previous jersey tp recently signed Edinson Cavani. In the very season, he also scored in UEFA Europa League.

He was named “man of the match “after he won Cesena in Season 2011-12.After giving a very successful game while his stay in Napoli Paris Saint Germain confirmed that he had been transferred to PSG for 26.5 million fees. He was signed for 4 years then.

He made his first debut on this team as against FC Lorient in 2012-13 League. He has made several goals in his career stay at PSG. He made his international entry in the national team of Argentina in 2007 and on the following time he played his debut against Chile.

Ezequiel Lavezzi is one of the most uprising football players in Argentina. There is not much information about his romantic or marital status. He is 1.73 m in height and his weight is 67 kg. He is a Christian and he is a true believer in God. He has printed tattoo of Jesus on his chest. 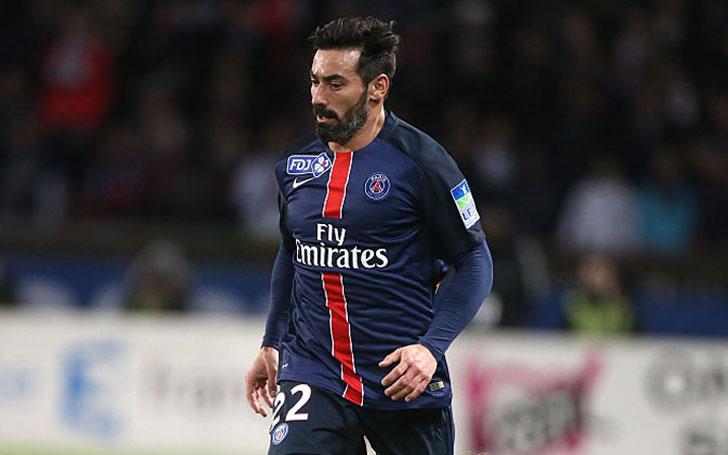