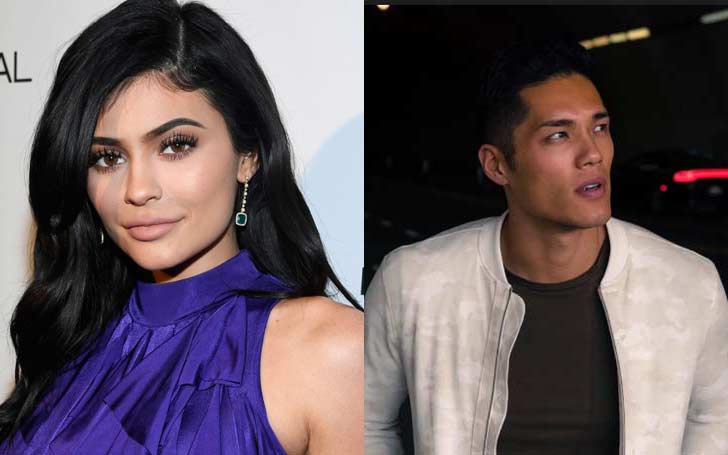 The Internet is going crazy for the past few days and yes you guessed it right it involves one of the members of Kardashian-Jenner clan.

According to some fans, Travis Scott is not the real father of Kylie Jenner's Daughter Stormi Webster and no we are not talking about Tyga. Fans are actually convinced that Kylie's bodyguard Tim Chung is the real father. Though it can just be a silly fan theory people are still interested to know about Tim. So, who is this hot bodyguard of Kylie's? Here are some facts about him.

If you are on any social media or Twitter, you must have already seen the floods of pictures of Kylie's daughter and Tim. together.

Fans have made several assumptions that Tim and Stormi are actually father and son.

Here are some of the tweets:

If I were Kylie Jenner, I would have sex with Tim Chung just saying

I'm really confused about who is the real father of stormi. Tyga, Travis or the bodyguard? lol pic.twitter.com/B5tb9fHH4m

OK LOOKING AT THESE PICTURES YOU’RE NOT ABOUT TO TELL ME THAT CHILD IS TRAVIS SCOTS... Stormi looks more like Kylie’s bodyguard... pic.twitter.com/RblaWPL93C

Well, those are just the assumptions made by her fans. Kylie, however, is yet to comment on the speculations.

2. He Has Been Working As The Bodyguard For Both The Kardashian And Jenner Family

Chung has been around Kylie for a while guarding her. Not only, Kylie, he was hired to protect her sisters Kim Kardashian and Kourtney Kardashian.

Tim has been working as a bodyguard for the Kardashian family for about 2 years.

Tim Ching is also a part-time model. He has worked for companies like  Black Tux and Wolf & Shepherd shoes and a video ad for Volvo as well.

He regularly posts pictures on his social media which has over 450,000 + followers on his Instagram.

Despite his modeling and bodyguarding career, he is an LAPD officer. He has been working for the LAPD since 2009 and makes about $70,000 a year.

5. He Is The Only Son Of His Parents And Has 5 Sisters

While celebrating National Sibling Day, he posted an adorable picture of himself with some of his sisters:

“#NationalSiblingDay  Growing up with 5 sisters was quite the adventure! They’ve grown up to be amazing beautiful women. Love you guys to pieces!”

Such a pretty family.