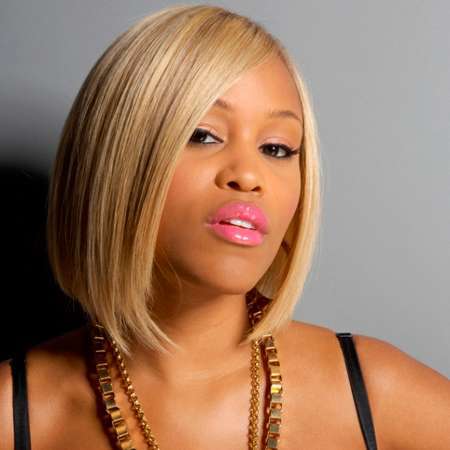 Eve Jihan Jeffers- Cooper is a hip-hop recording artist, rapper and actress who is known for being the winner of the Grammy Award for her 2002 song Let Me Blow Ya Mind. Her success both in the fields of music and acting has made her liked and her bio and career details searched by her fans around the world. She was born on the 10th of November, 1978 to mother Julie Wilch and father Jerry Jeffers.

Eve was born in Philadelphia, Pennsylvania and was educated at the Martin Luther King High School. Interested in music and singing since a very small age, she adopted the name of Gangsta in high school with her band EDGP. This group led her to be interested in rapping and she continued doing so even after the split of the group. She was featured in Rave Un2 The Joy Fantastic and also on the song You Got Me. She has collaborated with several celebrities and musical stars like DJ Clue, Dru Hill, Nokio the N Tity for her musical credits. She later released her first album named Let the Be Eve. Ruff Ryders’ First Lady on 1999. This album topped the Billboard Hot 100 and her collaboration with Missy Elliot on the song Hot Boyz too was a critical as well as a commercial success. She released her album named Scorpions on 2001 peaked on the Billboard Hot 100 too and her single Let Me Blow Ya Mind won her a Grammy Award for Best Rap/ Sung Collaboration. She released her third album Eve-Olution on 2002 which peaked at number 6 on Billboard Hot 200.

Her acting credits include appearing on Barbershop, The Cookout, The Woodsman, Flashbacks of Fool etc. she has also appeared in the sitcom Eve, Third Watch and on films like Whip It.

The dating history of Eve has been as covered by the tabloids as her professional career is. She was rumored to be with Michael Ealy back in the 90s. She was in a relationship with rapper Stevie J on 1997. Their relationship lasted for about three years. After her split with Stevie, Teodorin Obiang was the boyfriend of Eve. The couple started an affair on 2003 and was together up until 2006. After her split from him, Eve was dating Shane Powers. Shane and Eve supposedly dated on 2007 but it is not known when they split up. Maximillion Cooper and Eve started an affair on 2010. Maximillion is now her husband and spouse and the couple is doing pretty well together. They got married on the 14th of June, 2014 and are certainly not moving towards divorce. They do not have any children yet.

Eve has a net worth of 10 million dollars owing to her musical skills and success. Her salary must also be huge. Her height is estimated to be 5 feet and 7 inches.