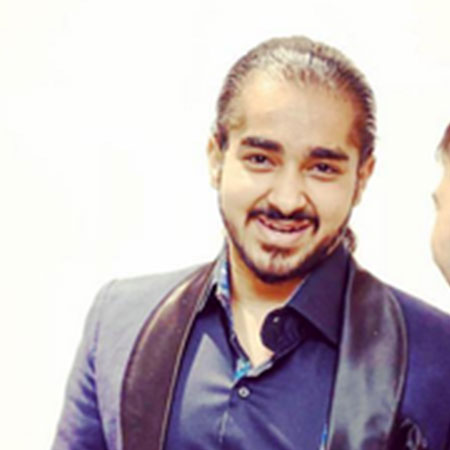 Evan Luthra is an Indian entrepreneur and investor, considered one of the genius kids across the world. Luthra started his career at an early age when he was just 12 years old. In the next decade, he worked for several different companies and established himself as a renowned businessman and an entrepreneur. He has the rare and amazing ability to convert original ideas into innovative and profitable businesses.

Evan Luthra was born on 21st January 1995 in New Delhi, India. He was born with the birth sign of Aquarius that predicts his personality to be friendly, helpful, independent, and original. He is an Indian by his nationality and as far as his ethnicity is concerned, he belongs to the Asian ethnicity. He spent his early childhood in New Delhi with his parents and his brother Abhaydeep Singh Luthra.

Talking about Evan’s education, he attended Lotus Valley International Middle School and he received his International Baccalaureate Diploma from Pathways World School in 2013. He also received Ph.D. in Blockchain from the Autonomous University of Santo Domingo.

Evan started his career at the early age of 12. He built a keen interest in computers and technologies since his childhood. His father used to own a call center where he used to spend most of his time working with his computers. By the age of 13, Luthra had already developed a mobile application.

When he was only 16, he gave speeches at Google and BlackBerry and when he was 17, he got an opportunity to appear on the TED Talk where he shared his experiences. Later on, he gave a lot of motivational speeches in a lot of organizations and universities.

Evan considers Steve Jobs as his role model and source of inspiration and has owned the EL Group International that has developed and delivered various types of mobile apps for more than 500 companies. He also owns a Start-up Studio that works with non-tech entrepreneurs and provides them support with capital, technology, and marketing resources to launch new companies.

Evan has invested in a lot of companies such as Snapchat, Eaze.com, Wheelys Cafe, and hashgraph.com. Further, he has also invested in a variety of companies including FoodTech, FinTech, Marijuana, Travel, Nightlife, Food and Beverage, Lifestyle, Social, AI, Augmented, Virtual, Mixed Reality, Entertainment, and Fashion among others.

When Evan was 12 years old, his fathers’ call center collapsed where more than 200 computers were covered with dust and dirt. He used to go to his fathers’ office and play with all those computers. Soon, he became familiar with hardware systems, software, and computer networking.

Slowly and gradually, he learned to program and after Apple launched the App Store, he was fascinated toward mobile applications and he began learning how to develop apps. Later, he started developing many apps and began working with several multinational companies. Moreover, at the age of 16, he had already become a worldwide personality.

Evan Luthra's Earnings And Net Worth

Evan is hardworking and pa s sionate about programming and app development since he early teen. He, as an app developer, entrepreneur, and investor has earned a huge amount of money. He also has ama s sed a whopping net worth from his investments in a lot of companies.

He has his credits for over 500 applications which are the main source of his income. He also owns EL Group International which develops and delivers various types of mobile apps. One can easily estimate that Evan is earning a huge amount of money and has a net worth in millions. As of 2019, Evan Luthra has an estimated net worth of $2 million.

Evan is a world traveler. He has traveled to different countries and places over 130 times in a period of a year. According to the sources, he even owns a jet which he bought when he traveled to Russia. He also owns a lot of cars, helicopters, motorbikes, and air jets.

He lives a luxurious lifestyle and is also a lover of jewelry. He even wears a lot of jewels and animal leather-crafted items including a pair of python-leather-made shoes.

He has not been in any affairs and relationships, but he has a lot of ladies friends and enjoys spending time with them and partying with them.

Also Read: Elle Fanning goes on LA Walk with her Grand Mother and Dog, Know about her Dating History in Details

We have presented you a video below in which Evan appears on Ted's stage and shares his experiences with the audience.