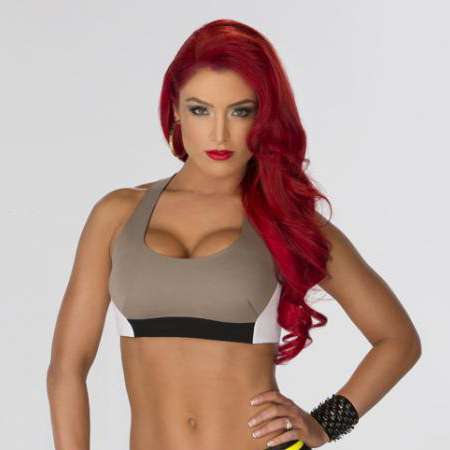 Natalie Marie Coyle aka Eva Marie is an American actress, fitness model, and a former professional wrestler. She signed as a woman wrestler in WWE with the ring name Eva Marie from in 2013. She made several headlines and became one of the most popular female wrestlers of WWE between 2014-17. She ended her career with WWE in 2017. Marie also appeared in a reality series Total Divas from 2013-17. A former college soccer player later turned her career in fitness model and wrestling. She has also featured in numerous fashion magazines. Since 2016, she is running her own fashion line, NEM Fashion. Marie is married to fitness expert Jonathan Coyle since 2014.

The multi-talented artist Eva Marie was born as Natalie Marie Coyle, on September 19, 1984, in Walnut Creek, California, United States of America. She is not only a beautiful woman but she is a beauty with muscles which made her the champion of the wrestling world many times.

She spent her childhood in Concord, California. Her nationality is American and belongs to mix ethnic background; her mother is of Mexican descent and father is of Italian descent. She is the youngest child of Josie Nelson and Barry Nelson. She has three sibling brothers Nathan, Neal, and Nick.

Marie wanted to become a professional soccer player, unfortunately, she suffered from an ankle injury in her senior year of high school in 2002. Marie then played as a striker and recovered and continued playing at Diablo Valley College in Pleasant Valley, California. She achieved an associate degree from there.

She earned a Bachelor degree in Arts major in business management and minor in human resource. After finishing her education, she moved to Los Angeles to pursue a career in modeling, acting and promotional work.

Eva Marie started her career in wrestling when she signed a contract with WWE in 2013. Her debut show was on July 1, 2013. She was assigned to begin her training for WWE Performance Center which is located in Orlando, Florida. She appeared two years with WWE until 2015. 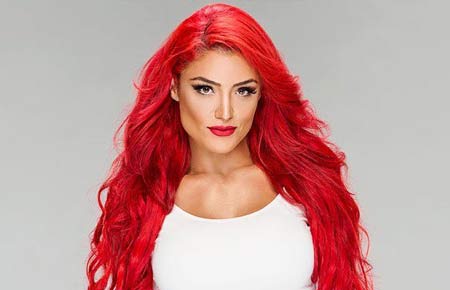 She returned to the main roster in 2016 and started appearing in its’ episode. She made live television and after being drafted to SmackDown as part of the 2016 WWE draft on July 19. She also ranked no. 50 of the top 50 female wrestlers in the PWI Female 50 in 2016.

In August 2016, Nikki Bella replaced her on PVP’s SummerSlam match. She announced that she and WWE parted ways.

Eva Marie is also a fitness model and fashion designer. In December 2013, she was a part of the Marino Fitness Campaign and appeared in a Sketchers commercial. She has featured in numerous fashion magazines like Maxim, Sports Illustrated, Glam Fit Magazine.

Since 2015, she is running her own line of hair extensions called TestaRossa along with Bellami Hair. In 2016, she launched her own fashion line, NEM Fashion. Marie has also appeared in two WWE video games; WWE2K16 and WWE2K17.

Eva Marie is one of the popular female wrestlers of this era. She is often considered one of the richest WWE diva in the world. During her tenure with WWE, she used to receive a salary of $200K per annum.

As of June 2018, her net worth is $2 million, as per the Celebrity Net Worth. She mostly earns her money from her wrestling career. She also earns a huge amount from her clothing line NEM Fashion.

She made her big entry in the Hollywood in thriller film Inconceivable starring alongside Nicolas Cage, Gina Gershon, and Faye Dunaway. But, their film went in a massive loss at the Box Office and earned only $218,179 on $12.8 million budget.

She lives in a lavish house with her husband in California. But the financial details of the house is yet to be revealed. Marie also owns several luxurious cars of various brands including Bentley. She has also supported numerous charitable movements and organizations across the world.

She is a former alcohol addict. In her teenage days, she admitted to struggling to be able to control her alcohol consumption at parties gathering with friends.

She revealed her alcohol addiction in an episode of Total Divas. She also told that she went to jail for three months for several DUIs before joining WWE. She also did breast implants when she was 20. She is a great fan of MLB club San Francisco Giants.

Her husband Jonathan Coyle is her manager and she met him for the first time at a gym. A graduate of California Polytechnic State Institute later did an MBA and Law degree. He was born in Dublin raised in both Dublin and San Francisco.

He holds dual citizenship of Ireland and America. He has been involved in several ad campaigns. He was also associated with several brands including Nike, UFC Magazine and UFC Fit.