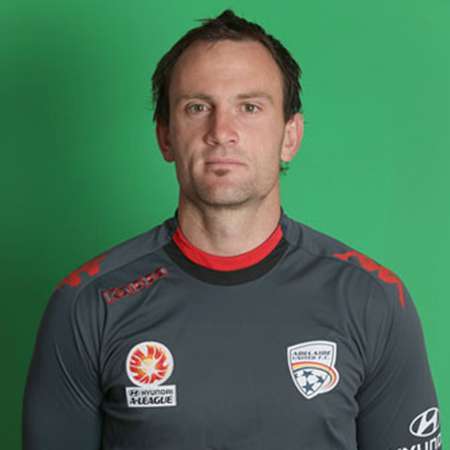 Eugen-Josip “Euguene” Galekovic is the name of an Australian National Association Team Goalkeeper. He is in the first team of Australian National Association Football Team since 2009 playing 8 matches for his Nation Australia so far. Eugene Galekovic was born on 1981 June 12 at the city of Melbourne, Australia. The 32-year-old goalkeeper owns the height of 188 cm and weight of 91 Kg. He finished his education at Saints Bede’s College. He is in a relationship. The other information on his personal life is not disclosed.

Eugene Galekovic is the captain of the current Team of the Australian A-League Club Adelaide United. He plays from squad No.1 as a Goalkeeper for the club. He is this club for more than 6 years now. His contract in this team ends in mid of 2017. His salary and net worth are not revealed but his market value is £180k. His highest market value was £900k during late 2009. The agent of Eugene Galekovic is Wortmann Sportmarketing.

Eugene Galekovic started his youth career from Chelsea Hajduk in the Melbourne’s South-Eastern suburbs since 1993. He represented Saint Bede’s College in the school soccer tournament. Later in 1997, he joined Bulleen for two years. Even though he signed the contract with Melbourne Knights in 1999 for his senior career, he started to play in the games only after he joined Eastern pride in 2000. He appeared in 11 matches from the team. In 2002,

Eugene joined the club South Melbourne. He appeared in 37 matches from the club. He stayed in this club until the end of 2003-2004 seasons and moved to a Portugal Club S.C Beira-Mar in 2004 where he appeared in 2 matches from the team. In the year of 2003, he was selected in the Under 23 National Team of Australia where he represented his Nation Australia in 4 matches.

Eugene Galekovic did not have a good time in Beira so he made his move to his country’s Club Melbourne Victory in 2005. He remained in the team till 2007 playing in 15 matches from the club. In 2007, Eugene signed the contract with Adelaide United. He has played in 201 matches from the team till date. He was chosen in the team of Australia National Team in 2014 FIFA World Cup qualification match as well after his good performances in Adelaide United.

Eugene Galekovic is one of the most talented footballers for his Nation. He has good reflexes and acrobatic moves which can be seen while saving the goal shots. He is good at stopping the shots as he has the good positioning in the post. He is appreciated for his club loyalty. However, he needs to improve his foot skills in the game. He ought to improve his skills in saving the penalties. He does not possess the good command of Box and needs to improve in his mistakes in the game for better performances in the future matches.