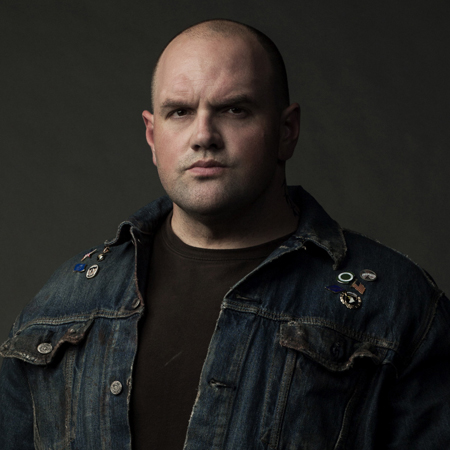 American actor, Ethan Suplee is known for playing Randy in the American sitcom series, My Name is Earl. He was also featured in other hit movies such as American History X, The Butterfly Effect, and Remember the Titans.

Suplee was nominated for various awards including Screen Actors Guild Awards and Monte-Carlo TV Festival. He is a married man and has four children.

Ethan Suplee was born on May 25, 1976, in Manhattan, New York City, New York, U.S. He is American and belongs to the White-American ethnicity.

Suplee is the son born to Bill Suplee and Debbie Suplee. His father and mother are actors who met while performing summer stock and Broadway.

Suplee appeared in school plays during his school days. He began taking an acting class in 1993, after completing high school. However, he dropped out shortly after but he didn’t leave chasing his dreams to be an actor.

Suplee first appeared in an episode of the American horror anthology television series, Tales from the Crypt. He worked on the American television sitcom, Boy Meets World from 1994 to 1998.

In 1995, Suplee was cast in the American comedy film, Mallrats, starring Jason Lee, Ben Affleck, and Joey Lauren Adams among others. The same year, he was featured in the American television sitcom, Sister, Sister. He portrayed Lionel in the series.

Suplee is a versatile actor as he performed various characters in the movies. His drama performances include the role of ruthless Nazi skinhead Seth in the 1998 crime drama film, American History X, and Thumper in The Butterfly Effect.

Similarly, Suplee played the role of Louis Lastik, a football player in Remember the Titans. He also portrayed Johnny Depp's friend and drug dealing partner Tuna in the movie, Blow.

Suplee played the role of simpleminded Pangle in the movie, Cold Mountain. He also did a cameo in the HBO TV series, Entourage. Later, Lewis was cast in the TV Land's popular sitcom Jennifer Falls in 2014.

Suplee played the character named D in Hulu's American TV series, Chance in 2016. He was cast alongside Hugh Laurie, Ethan Suplee, Greta Lee, and Stefania LaVie Owen, among others.

Besides, Suplee also worked in two music videos, Lonesome Tears, and 3000 Miles Away.

Ethan Suplee's net worth is $4 million at present. According to online sources, his salary per year is $969,000. He has earned a huge amount of salary from his career from where he has added such a good net worth in his life.

Suplee is an old friend of a famous actor, Leonardo DiCaprio. He cites his favorite music as David Bowe. He is a huge fan of the American hip-hop group Wu-Tang Clan.

Ethan Suplee married Brandy Lewis in 2006, the younger sister of actress Juliette Lewis. His wife, Lewis is an American Film as well as a TV producer.

In 2011, Ethan Suplee was featured on TMZ on TV with a recent weight loss of 200 lbs. He credited cycling for his fit frame and stated that he rides bikes and bicycles.