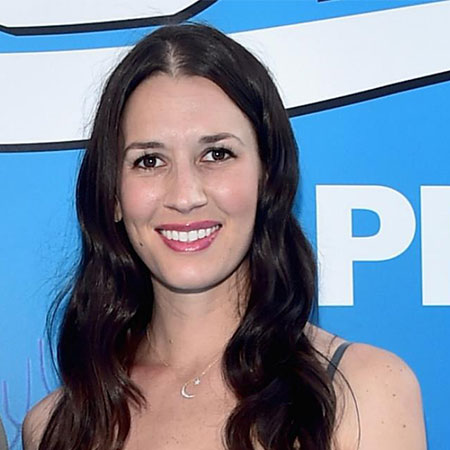 Erin Kristine Ludwig is a popular blogger who blogs on content related to lifestyle, parenting, beauty, fashion, and anything fun, but in popular media, she is known as the wife of popular 90210 actor Ian Ziering. She has appeared alongside her husband at many red carpet events and the premieres of movies. Her husband is a well-known actor on television.

Erin Kristine Ludwig was born on February 11, 1985, in Ohio, the USA who as of 2019, resides in Los Angeles, California. She is an Aquarius which describes her personality to be brilliant, passionate, & charming.

She was born to her father Gregg Ludwig and her mother Nina Ludwig. She has a brother named Ethan Ludwig. She is White by ethnicity and is American by nationality.

Ludwig is a blogger by profession, she co-founded the blog, Millennial Mamas, in September 2016 with Veena Crownholm. To repeat the blog covers content related to lifestyle, parenting, beauty, fashion, and anything that the pair considers fun.

The pair hosts dinners for mothers in collaboration with The Grove and Sony Pictures. OK! Magazine, In Touch’s Radar Online, and Daily Mail Online featured them in their stories in the past.

The following video is an interview of the couple at a red carpet event for Cinderella's world premiere.

Similarly, they were also featured on Entertainment Tonight and Inside Edition. In addition to these, brands like Disney Parks, JetSuite, Alice and Olivia, Varley, and Pure Barre hired them for work.

Another one of her blogs is called At Home with the Zierings which she runs with her husband. She shares her day-to-day activities concerning her family on this blog.

Apart from this she was also a traveling nurse in the past and moved to Los Angeles for this job. Also, she participated in Deer Valley Celebrity Skifest in Park City, Utah for CBS in 2010.

From her career as a blogger, Ludwig’s net worth must be in the millions but she prefers not to give out any information regarding her finances.

Her husband, Ian Ziering, on the other hand, is a world-renowned actor who is valued at $8 million dollars as of February 2019.

You Would Be Interested: One Of The Highest Paid Television Actors Hugh Laurie: How Much Is His Net Worth?

In late October 2019, Ian Ziering announced that they split from their nine years of the relationship in the mutual contest. He took his Instagram platform where he wrote,

With our hectic work schedules we could not be busier, and over the last few years have grown apart.

Even after the divorce, he says good things about his wife adding to the statement saying,

She is one of the most incredible women I have ever met and the best mom to our kids.

Ludwig married longtime partner Ian Ziering. They got engaged after dating for 3 months on February 3, 2010. They tied the knot on May 28, 2010, at a ceremony held in Newport Beach, California, USA. Their wedding was attended by stars like Megan Fox.

Together the couple is parents of two. On April 25, 2011, their first daughter Loren was born and on April 25, 2013, their second daughter Penna Mae was born.

Prior to this Ziering, she was married to Playboy model, Nikki Schieler, the couple got married in 1997 and divorced 5 years later in 2002. On the contrary, there is no information regarding Ludwig’s former relationships.