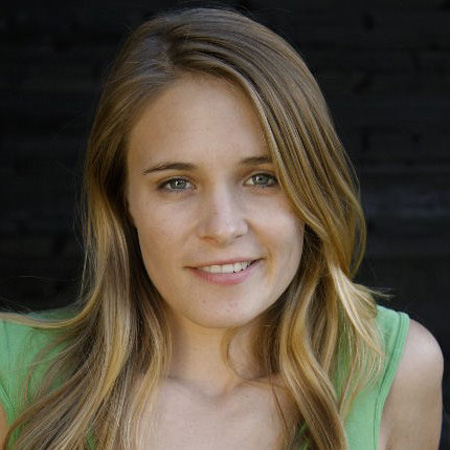 The American theater, film, and TV series actress Erin Kelly widely known for her title character in the 2006 movie, Loving Annabelle. She also portrayed the recurring role in the TV series Beyond the Break. Her several theatrical credits include professional productions of Picasso at the Lapin Agile and The Sound of Music.

Annabelle star, Erin Kelly was born on August 21, 1981, in San Diego, California, US. She belongs to White American ethnicity and falls in an American nationality. She was brought up in her hometown, San Diego with a younger brother named Jason.

When Erin was only nine year, she moved to Boulder, Colorado along with family. She attended the Marymount Manhattan College in New York City, where she earned a degree in theater. She also studied at Meisner Technique School.

The movie made a box office collection of $4 million whereas its filming cost was $900K.  Further, the actress featured in an independent drama and thriller movie Waking Madison alongside Sarah Roemer, Elisabeth Shue, and Taryn Manning as well.

In addition to her appearance in the film, she also appeared in TV series, Beyond the Break, where Erik played the recurring role for a year from 2006-2007. Moreover, apart from appearing in films and TV series, she also featured in numerous theater productions including, The Miracle Worker, The Sound of Music and Oliver as well.

Renowned actress Erin Kelly is yet to be married. But, Erin is frequently cueing her fans and followers regarding her dating and affairs through her Instagram post. Erin is dating her boyfriend, Parker Bean for a long time.

The couple is socially active on Social networking sites. Parker Instagrammed the photo of him along with his girlfriend, Erin on August 3, 2017, and captioned it:

Yesterday was national girlfriend day and I didn't post a picture, but that's because she's my fiancée I love you more everyday!”

Erin’s Instagram account is flooded with pictures of the happy couple together. It seems they are in a deep relationship.

Erin Kelly has earned a hefty amount of net worth from her successful acting career. One of her commercially successful movies, Loving Annabelle’s producing cost was $900K and it grossed a box office collection of $4.2 million worldwide. Erin’s estimated net worth is assumed to be $1 million. She stands tall at the height of 5 feet 2 inch.