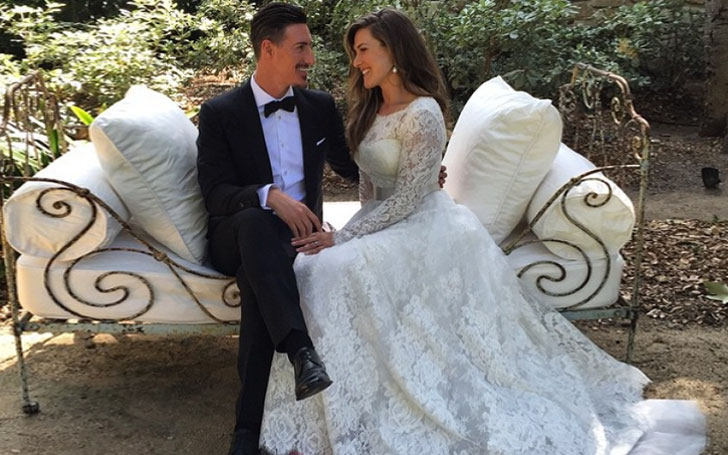 A happy married life for the co-founders of Electric and Rose! It's been almost seven years of their married, and they are still together. The duo Erin Chaiamulon and Eric Balfour got married on May 30, 2015.

The couple does not share any kids in three years of their marriage, maybe because they care for their company like their child since 2012. We have some exclusive facts about the couple's married life!

The Love story of the Happily Married Couple Erin Chaiamulon and Eric Balfour!

In every love story, there is someone who helps hero and heroine to get together, in this story, it was Eric's mom who played that role. Eric and Erin started dating in, 2010 after meeting each other at a private party. The couple dated for five long years before finally, getting married in 2015 at a private estate in Pacific Palisades, California.

The singer-actor boyfriend was the one who popped the big question to the designer girlfriend. And now they do not just share a great relationship but also a business based in Los Angeles, a brand Electric & Rose. Business partner, friend, and a spouse, what else one needs in a person?

Besides business and life, the duo also shares some common passion for yoga, surfing, and travel which in the first place gave them the idea to start the business.

A Fairy Tale Wedding For Erin Chaiamulon and Eric Balfour!

Eric Balfour and Erin Chaiamulon had a great wedding as the bride looked like a princess in a Monique Lhuillier gown whereas the groom complimented her as he wore a Zegna tuxedo. The first dance was to Stevie Wonder. The photographs of the weddings came out, even though it was a private wedding.  The famed event planner Mindy Weiss Instagrammed the shots from the ceremony.

Let's hope this fairy tale wedding feel remains the same in their married life. For any more updates on this couple's life keep coming back to Article Bio.