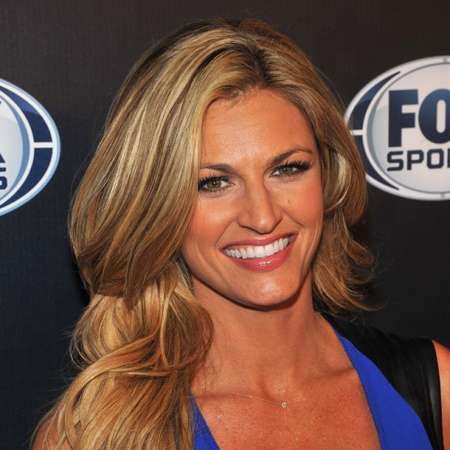 Erin Andrews is a journalist, a sportscaster as well as a television personality who hosted the FOX College Football for Fox Sports. She currently works as a host at Dancing with the Stars for ABC and a sideline for Fox NFL. She previously hosted a pre-game show College GameDay.

Andrews is a married woman who tied the knots with her boyfriend Jarret Stroll in the year 2017.

Erin Andrews was born on the 4th of May 1978 in Lewiston, Maine to parents Paula Andrews and Steven Andrews. She moved to Tampa, Florida with her family as a young girl as her six-time Emmy Award-winning father moved to report for the WFLA-TV. and her ethnicity is white. Her nationality is American.

Erin Andrews worked for the Fox Sports, Florida as a freelance reporter on 200 and then served as a Tampa Bay Lightning reporter for the Sunshine Network from 2001 to 2002. She worked as a studio host and reporter and began working for ESPN on April 2004 as a reporter.

Andrews covered the ESPN College Football Saturday Primetime as well as the Major League Baseball. She also appeared on several talk shows including The Oprah Winfrey Show, The Tonight Show with Jay Leno and Jimmy Kimmel Live!. She also participated in 2010; the tenth season on ABC’s Dancing with the Stars and was placed third.

Andrews joined the Fox Sports on June 29, 2012, and became the first person to host Fox College Football’s studio show. She is also working as a field reporter and host several shows of the Fox Channel. She is also a regular contributor for Good Morning America of the ABC network and also has hosted the Oscars.

Erin Andrews' Net Worth And Salary

Erin Andrews has earned a decent amount of money from her prolific career. As per celebrity net worth, she has an estimated net worth of around $20 million and according to the same sources, her annual salary is around $2 million. In the year 2016, she received around $55 million for the damages from her civil lawsuit against her stalker, Michael David Barrett.

The following year, Andrews went on date Chace Crawford in 2012. She later started dating her boyfriend Jarret Stoll in December 2012. And the two got engaged in December 2016. She and her husband Stoll exchanged the vows on 24 June 2017. They have also a golden retriever named Howard together. Her husband is a Canadian professional ice hockey player who plays for the New York Rangers currently. Their marital relationship seems to be going on pretty good.

Andrews has been included in controversies regarding being stalked by Michael David Barrett. Nude videos of her became viral due to this fact and Barrett was sentenced to 30 months in prison. She is the supporter of brands like Reebok, Nike etc. She is also the spokesperson for Kraft Foods. Andrews is an avid animal lover who has many dogs.

Erin has a beautiful body and physique and a height of 5 feet 8 inches.