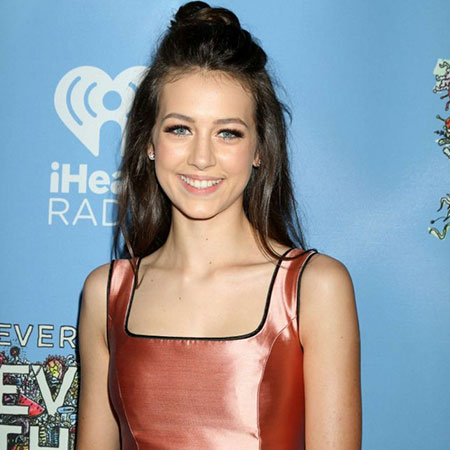 Emma Fuhrmann is an American rising model and actress. She is best known for her roles as a child actor in 2014 romantic comedy Blended and in 2012 drama The Magic of Belle Isle. She rose to the limelight when she was just 18 months when she modeled for Kim Dawson Agency in Dallas, Texas. As a young actress, she has won Young Artist Awards and was nominated for Young Artist Award in 2015.

Emma Fuhrmann was born on September 15, 2001, in Dallas, Texas, the USA. Emma was born under the birth sign Virgo. Emma holds an American nationality and belongs to the mixed ethnicity of German, English, Luxembourgish and Irish.

Her father's name is Ken Fuhrmann and her mother's name is Amy Fuhrmann. She grew up in Dallas with her brother Nick Fuhrmann. Her father was a corporate executive whereas her mother was just a housewife. Once she said, she was active in athletics when she was in her college where she used to indulge swimming in the summer and skiing in the winter.

Emma began her career as a model from her early days. She did modeling for the Kim Dawson Agency in Dallas, Texas when she was only 18 months old. She also did print campaigns for T-Mobile, Neiman Marcus, Dillards, JC Penney, AAFES, Belk and many more.

When she turned 5, she auditioned for a commercial and did several commercials for Subway, Heart for Heart Dolls, TXU Energy, and The Great Wold Lodge. After appearing in a few numbers of commercials, she made her television debut and started working in some television series.

She first worked as Sissy Peele in the pilot episode of Chase, the NBC/BRUCKHEIMER TV drama. Later, she was featured in Are We Listening which won her a Gideon Film Festival Award for Best Actress in 2012. She played a guest role on the NBC drama Prime Suspect as Amanda Patterson.

She received a breakthrough role of her career when she got an opportunity to work with Morgan Freeman and Virginia Madsen in The Magic of Belle Isle. In 2015, she played a role in the film Lost in the Sun with Josh Duhamel and Lynn Collins. She is speculated to be cast as Cassie Lang in the 2019 Marvel Studios Avengers: End Game.

Besides Acting What Is She Involved In?

Emma is an avid supporter of the Alzheimer's Association and has been one for their Celebrity Champions since 2011. She also supports U.S. Military families through The Boot Campaign and also works with cancer patients at Cook Children's Hospital in Fort Worth, Texas.

Emma Fuhrmann is undoubtedly a talented star who might have earned a lucrative sum of money from her career. However, there is no information regarding her net worth and exact earning in the media.

According to the source, the average salary of an actor is about $50,249 per year with a median bonus of $1,015. Generally, their salaries range from $25,000 to $73,000 which vary according to their experience and performance. Emma is a pet lover, especially a dog. She has a pet dog named Kirby Jane. Emma loves to spend her time with Kirby.

Emma Fuhrmann who is at the age of 17 is singe at the present time. She is very busy with her professional career and hasn't involved in any kind of affair. She is living a single life. Emma is a fun loving girl who also loves traveling to new places and trying new things.