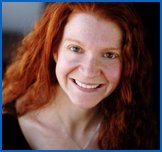 Emily Schulman is a former actress and commercial agent widely recognized for her work on the sitcom Small Wonder. She is also credited for her work in Christy.

Emily Schulman is a former child actress. She was born on August 17, 1977, and is currently in her early forties. Along with her acting career, she also appeared in numerous commercials. Today, she is a successful acting instructor and a commercial agent as well.

She’s an actual superwoman (with the abs to prove it). Happy birthday, mom! #tbt

The former actress is well known for her role in Small Wonder as Harriet Brindle. Her nationality is American and ethnicity is white. Schulman’s was born as Emily Hope Schulman in Los Angeles, California, the USA in 1997. She was an extremely popular child actress in the ’80s, as she appeared in numerous movies, sitcoms, television shows, and commercials.

Some people have argued that Emily did not get to live her childhood as a normal child due to her fame and work, but Emily sees it as an early opportunity in life. She does not regret having a busy childhood and thinks of it as a path she created for herself ever since she was a child.

Emily Schulman has been active in the acting business since 1985 when she was only eight years old. Her first appearance in the television was in a drama series called Hotel. She appeared in an episode called “New Beginnings” as a little girl named Debbie.

The same year was very big for her, as she landed a major role in a sitcom “Small Wonder”, where she played the role of next-door neighbor Harriet Brindle. She appeared in the show in all 96 episodes over the course of four years.

In 1987, Emily Schulman was cast in an episode of a sitcom called ‘Mr. Belvedere’ as Brenda Bilinski. In 1989, she appeared in ‘Caddie Woodlawn’ as Caddie Woodlawn, ‘Troop Beverly Hills’ as Tiffany Honigman, ‘Knights and Daye’ as Chris Escobar and ‘ALF’ in the episode “Live and Let Die”.

Schulman then appeared in the comedy-drama ‘The Wonder Years’ as Susan and the anthology series called ‘ABC Afterschool Special’ as Anna.

In 1994, Emily  Schulman appeared in a TV movie “Christy” as Ruby Mae Morrison. The same year, she also got the same role in the TV series version of Christy. After appearing on the show in 20 episodes, Emily ended her acting career. Along with her acting career, she has also appeared in commercials for McDonald, KFC, Pepsi, and Mattel.

Emily  Schulman currently works as an acting instructor and a commercial agent. She became a theatrical agent and started working for the ACME Talent Agency in Los Angeles. She is a top commercial agent for adults at Acme Talent & Literary, where she has worked as an agent since January 1995.

Emily Schulman' Net Worth And Earnings

Emily Schulman has landed a number of roles in both movies and TV series. And her net worth as per estimation made by various online sources can be believed to be over $1 million. She has also modeled for several well-known brands where she was paid a hefty salary too.

11 years ago tonight, I left my holiday company party with my client. It was a bit of a risqué move, but it sure did pay off. Love you, @geofuller!

The family of six once lived in Connecticut. Although details of her personal life are rarely shown in the media, it is obvious that they are leading a fairly happy life as no signs of divorce with her husband has yet streamed. Her net worth is considered to be in thousands.