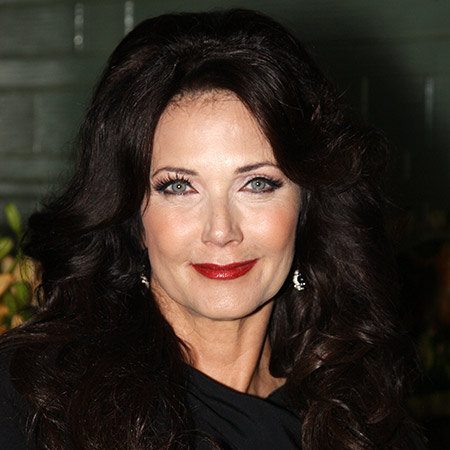 Lynda Carter is a singer, famous actress and former beauty pageant titleholder. Carter is best known for her appearance in an American television show Wonder Woman.

Lynda Carter is a beautiful woman, who has made herself popular for having appeared in the hit American television show named Wonder Woman. Carter's mother belongs to  Mexican, French and Spanish, while her father belongs to Irish, Scottish and English descent. So she has mixed ethnicity. Her nationality is white.

Lynda Carter was born in Phoenix, Arizona, United States as Linda Jean Cordova Carter. This actress was born on July 24, 1951. Carter is the daughter of father Colby Carter and mother Juana Cordova. Carter was raised in Arizona along with her parents.

And talking about her siblings, Carter have the sister named Pamela Carter, who is an actress and a brother named Vincent Carter.

Lynda Carter attended Arizona State University, where she actively participated in acting. And after being one of the most talented personalities in the university, Carter dropped college to peruse her musical career. Carter was the active member of the band called Just Us during her student life. At the age of 16,Carter joined another band named The Relatives along with two of her cousins, where the drummer was  Actor Gary Burghoff.

Lynda Carter's Her glamorous career begins in 1972 after she won a local Arizona beauty contest and she was a center of attraction of whole nation after she won the  title of was Miss World USA, representing Arizona. The Same year, she participated in Miss World pageant representing the United States but she could not win the title.

Carter's acting career started from 1974, where she was featured in  police drama Nakia as Helen Chase. Carter made her presence in an American cop thriller television series Starsky and Hutch in 1976. Carter's most prominent role came in 1975 where Carter was featured as the superhe r o i ne in an American television series Wonder Woman the tv show was based on DC comics. In the show, she was featured in about sixty episode of the show in the main role. Carter's other major television includes Partners in Crime, Hawkeye, Law & Order: Special Victims Unit ad much more. Carter has worked in several movies, including in 2001 movie Super Troopers, The Dukes of Hazzard, Sky High, and others.

Lynda Carter has been married twice and her current relationship status is married. Carter's sexual orientation is straight. Carter was married for the first time in 1977 to the talent agent, Ron Samuels. And after five years of marriage relationship they had divorced in 1982.

Lynda Carter married her boyfriend  Robert A. Altman, who is a Washington, DC, attorney in 1984. Carter has two children along with her current husband, a son named James and a daughter Jessica. Carter currently lives in Potomac, Maryland, the United States along with her family.  Carter keeps interest in boating and she has been sober for more than ten years.

Net Worth and Fan Base

Being a beautiful lady Carter has a charming personality and well-maintained figure. Carter has the net worth of 10 million dollars.She is also involved in social media and has a huge fan base.