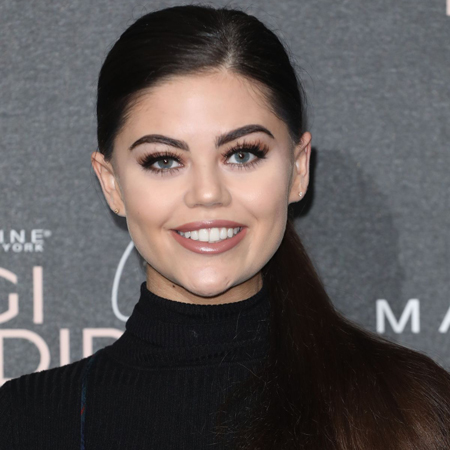 Emily Canham is currently single, but before she was in a relationship with a fellow YouTuber.

Emily Canham was born on 5th April 1997 in Kettering, England under the birth sign Aries. Canham is British as per nationality, and as far as her ethnicity is concerned, she is Caucasian. Her parents raised her with her sisters, Sophie (YouTuber) and Katie.

Emily Canham started her YouTube career in 2013. Canham posted a video titled, ‘’30 facts about me’’ on her self-titled YouTube channel. Before this, when she was 11, she participated in BBC’s series, Junior Master Chef.

Canham later created another channel titled, Emily Canham Vlogs. She then constantly posted several tutorials, challenge videos, and traveling videos among others. She grabbed much of the attention from her fans.

As of 2017, her two channels have over 720k and 296k subscribers respectively. Along with this, she is also an Instagram star with over 546k followers.

Emily Canham is unmarried and has no children. Canham was in a relationship with Jake Boys, a YouTube star. The couple started dating after meeting for the first time on YouTube. They were in a live-in relationship.

The couple also announced that they were searching for a house to move together. However, some months after, they started traveling to different places without one another. Later, Canham announced their breakup via social media,

Hey! This is something that has taken some time to be okay to talk about online. Firstly, thank you to those of you who have been madly supportive over the last little while, it means more than you can Imagine! Jake and I are no longer or bitterness we just grew apart and our lives are taking us in different directions. I wish him all the happiness is no longer together. This is something that is super difficult for both of us, so please just keep in mind that our feelings are raw and real. We have chosen to private/ delete something online, a choice we made together. Obviously, a lot has changed with living situations, Cody etc and we would appreciate if you would not judge our choices, they have been made together, not to hurt the other person. Thank you for supporting us as a couple from the day one.

In 2015, before breaking up, Canham’s boyfriend set a surprise for her. He bought tickets to see McBusted and One Direction (members- Harry Styles, Niall Horan, Zayn Malik, Liam Payne and Louis Tomlinson) at Cardiff's Millennium Stadium. But his boyfriend mistakenly booked a ticket to Ireland. In her words,

As of now, they both are happily single.

Emily Canham stands at the height of 5 feet 10 inches (1.55m). Canham, who owned two YouTube channels, might have an estimated net worth of thousand dollars as per some online sources. However, the exact amount is not revealed yet.

According to some sources, the average salary of L’Oreal Paris Digital Makeup Amba s sador is $109k annually. Canham also as an amba s sador get paid somewhere around that figure.