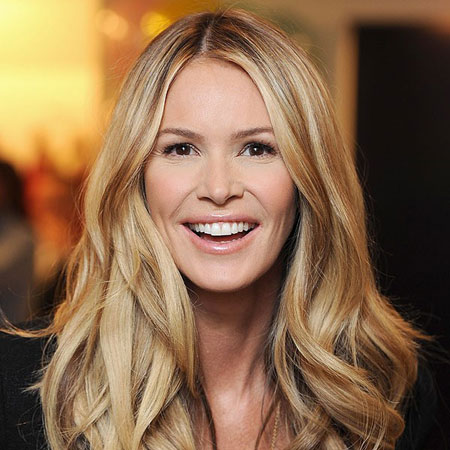 Elle Macpherson was born on 29 March 1964 in Killara, New South Wales. She is the daughter of entrepreneur and sound engineer Peter Gow, also the former president of a Sydney rugby league team, and mother Frances Gow, a nurse.

Her parents got separated at her age of ten, and she stayed with her mother and two siblings. Later her mother remarried but made a mistake in registering at her new school which made her surname changed from Gow to Macpherson.

She was raised in East Lindfield, on Sydney's North Shore and studied Killara High School. After completing her high school in the year 1981, Macpherson briefly studied law for a year at University of Sydney.

She is white in ethnicity.

Elle jumped to study law at Sydney University. Before starting her University studies, she visited the United States to spend one more year doing modeling work to make money for her law books.

She traveled to NYC, where she signed up with Click Model Management. Macpherson's modeling career started in 1982 with a television commercial for Tab.

After her successful appearance, Elle's popularity was growing as she began appearing in several commercials, which led her to walk the runways for top brands including, Ralph Lauren, Louis Vuitton, Nicole Miller, Calvin Klein, and Valentino.

After her appearance in the 1994 movie Sirens, she learned that media had begun searching for photos of her, they also contacted her ex-boyfriends.

Later in the year 1994, Macpherson left her agency model Ford Models, to build her own company, Elle Macpherson Inc., which would work as the financial organizational base her later endeavors.

Later, she diversified her portfolio of business, and in 1990, she launched her lingerie collection 'Elle Macpherson Intimates' partnering with Bendon Limited Apparel.

The partnership among the first instances of a crossover between a model and a fashion label. In the year 1989, when Elle was first encouraged by Bendon to promote their lingerie in Australia.  There, she saw an opportunity to reverse their strategy and suggested a licensing arrangement with producers.

She was getting more success in her career as well as business, in 2007, the BBC TV series The Money Programme showed a documentary which followed Macpherson through her day-to-day business.

She continued to develop her international lingerie business. In 2009, Elle delivered the Keynote Address at the annual meeting of the International Trademark Association.

Elle Macpherson made her first film debut playing an artist's model in the 1994 film Sirens, starred with Sam Neill, Hugh Grant, and Tara FitzGerald. She was engaged two years in series of acting roles, portraying in films such as Batman & Robin, Woody Allen's Alice, and The Edge.

Ellen Macpherson dated her first boyfriend Billy Joel in early 1980, but their affair could not last long.
She met French fashion photographer Gilles Bensimon in 1984 on a photo session for Elle magazine. They got married in 1986 and divorced in 1989.

Later she began a relationship with London-based French financier Arpad Busson in the year 1996. They share two children together, Flynn Busson (born 1998 in New York City), and Aurelius Cy Andrea Busson (born in 2003, in London).  However, their relationship could not last long and separated in July 2005.

Later, she was seen dating Miami, Florida-based hotel heir, also billionaire Jeffery Soffer in early 2009. Due to some issues they broke up in March 2012 but patched up following his injury in an accident in November. Elle and Jeffrey Soffer were engaged in March 2013 and got married in the same year in March.

Recently, Elle and her husband announced that they were getting divorced, however, the reason behind is still a mystery.

Elle Macpherson earns a huge amount of money from her various successful career as an actress, model, and businesswoman. She has appeared in numerous commercials, movies, series and also runs her own business, which add up to her total net worth that is estimated to be $95 million.