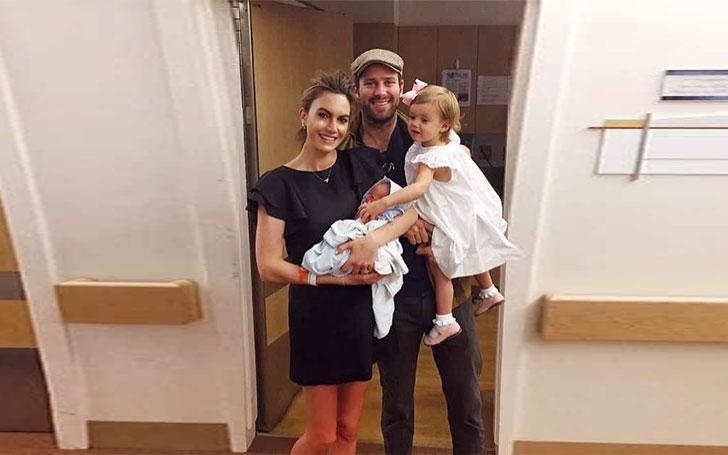 Actor Armie Hammer is currently busy with the promotion of his upcoming romantic drama Call Me By Your Name where he plays the role of a gay character, Oliver, whose love interest is Elio, actor Timothée Chalamet. The movie is all set to premiere on November 24, 2017.

Contrary to his reel life, Armie Hammer is married to the versatile television personality Elizabeth Chambers in his real life. Chambers has appeared as a judge on many TV shows, she is also the Chief Correspondent for the Human Rights Foundation.

Elizabeth Chambers and her husband Armie Hammer are happily married since 2010. The couple first met at Harper Ave. It was Tyler Ramsey, Hammer's friend who introduced them.

Hammer and Chambers started dating back in 2008, and after dating for about two years, the couple decided to settle down. 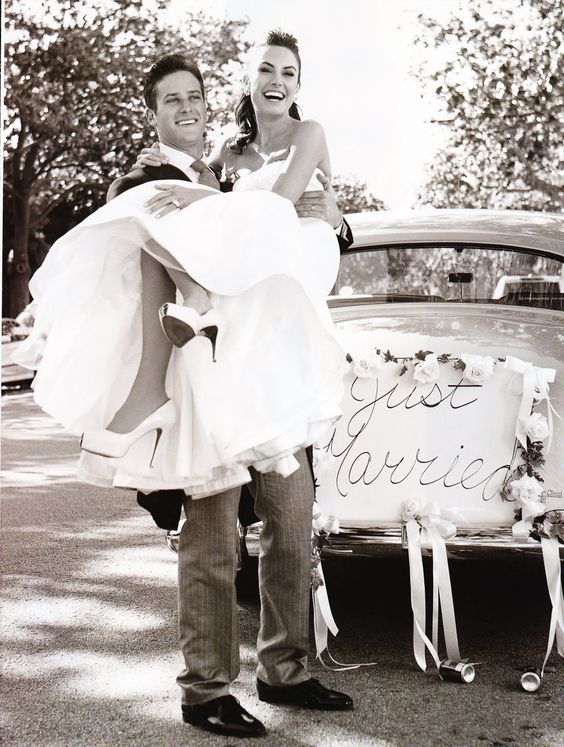 Elizabeth Chambers and her husband Armie Hammer in a wedding

Elizabeth Chambers and  Armie Hammer eventually got married on May 22, 2010. They exchanged their vows in a wedding ceremony held in Beverly Hills.

They welcomed their first child together, a daughter, Harper in December 2014. Their second child, a son, Ford, was born in January 2017.

Elizabeth Chambers and Armie Hammer with their children premiere Center

Chambers had taken to Twitter to disclose the news of her second baby.  On her tweet on 9 September 2016, then-pregnant television personality wrote:

“She loves it. I mean, she seems to love it now. If you go, ‘Where’s the baby?’ she’ll rub Mama’s belly and kiss her stomach. It’s really cute.”

Just before the birth of their son, Hammer injured himself during a sparring session in his backyard. The injury got worse soon and he got hospitalized which Chambers shared on her Instagram post on 9 January 2017.

She captioned the picture: "When you're supposed to be at the hospital having a baby and/or glamming for Globes, but your husband is rushed to the hospital with a torn pec muscle."

Hammer then shared another snap before her husband went into surgery where he appeared kissing her baby bump and she writes: "Dear baby, Please don't come in the next 5 hours. Thank you, Mom and Dad."

The couple is currently in their seventh year of blissful married. And to this day Elizabeth Hammer is obsessed with her family and husband, she usually shares photos of husband and children on her Instagram.  That's modern day happy marriage for you!

Elizabeth Chambers once shared in an interview with Town & Country how her husband proposed her. Recalling the past, she said:

“When we finally got together, Armie really wanted to get married…"

Elizabeth Chambers and Armie Hammer in an event

She further explained that Hammer sat down and said:

Look, we don’t have to do this. We could just go our own ways, and then one day you’ll be 40 and divorced and we’ll run into each other, and we’ll laugh and go out to dinner and have this same connection, and we’ll wonder why we wasted all of that time. Or we could just do it now and enjoy the ride.

Well, the actor and the television personality didn't wait to be 40 as they are already happily married.

The proud parents of two, Hammer and Chambers, are they planning for the baby number three? Well, Mr. and Mrs. Hammer have not revealed about the plan of extending their family as of yet.

The actor, however, once said:

He explained his wife loves getting pregnant

What do you think, will the couple announce the good news anytime soon? Mrs. Hammer loves being pregnant after all.

With two young children, Hammer and Chambers hardly manage to spend time together- a romantic late night date, it's very tough to plan. However, whenever they can, the couple only focused on themselves.

In a joint interview, the ''professional pregnant woman'' said to Us Weekly:

We go to sushi, and we don’t talk talk about the kids, that’s the biggest thing,

We’re not allowed to talk about the kids,

The couple then explained that they manage to have late night dates  even if it by "by force." Well, that's one way to keep your marriage exciting!