Elizabeth Chambers is an American actress and model, famous for appearing in the Disney comedy film The Game Plan in 2007. She made her debut from the 2003 film Rolling Kansas. Besides being an actress, Chambers is also a reality judge; joined the Food Network shows Cupcake Wars in 2016.

Actress Elizabeth Chambers was born on August 18, 1982, in San Antonio, Texas to Judy Chambers. She is an American by her nationality and belongs to the white ethnicity.

Talking about Elizabeth's education, she completed her high school and attended the University of Texas at Austin. Currently, she is 37 years old and she stands at a tall height of 5 feet 8 inches.

Rise To Fame From The Game Plan

In 2003, Chambers made her debut as freshman co-ed in the comedy film Rolling Kansas starring James Roday, Sam Huntington, and Jay Paulson. The film was directed by Thomas Haden Church. 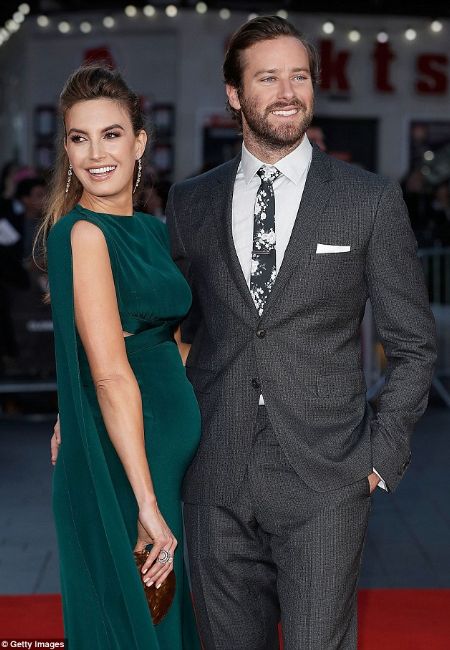 Later, Elizabeth went on to star in the crime-drama-mystery television series Criminal Minds. Kirsten Vangsness, Matthew Gray Gubler, and Joe Mantegna were the other stars of the series. The series also won the ASCAP Film and Television Music Award and BMI Film & TV Award.

In 2007, Chambers landed her role of Kathryn in the comedy-family-sport in the Dwayne Johnson, Madison Pettis, and Roselyn Sanchez starrer The Game Plan. The film was nominated for ESPY Awards in 2008 and was also nominated for Kid's Choice Awards.

As per some online sources, the 37-year-old actress, Elizabeth Chambers enjoys a net worth of $15 million. However, the fact is not supported by any official facts.

On the other hand, her husband, Armie Hammer, an American actor has an estimated net worth of $16 million in 2019.

Who is Elizabeth Chambers Husband?

American actress, Elizabeth is married to an American actor, Armie Hammer. The couple first met each other back in November 2006, when Hammer's friend, artist Tyler Ramsey introduced her to him in Los Angeles. 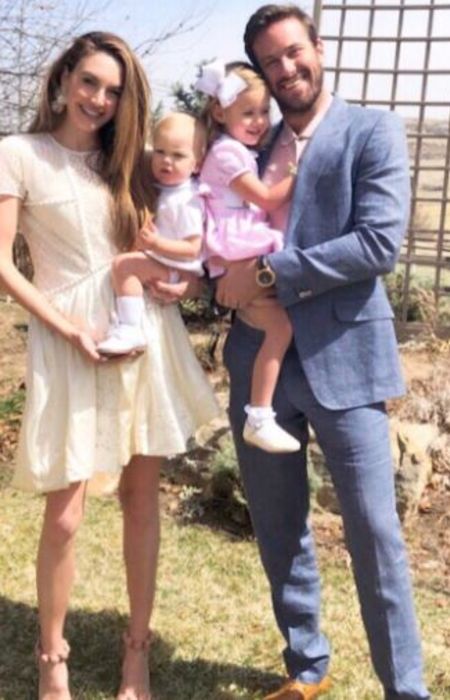 Elizabeth and her husband, Hammer with their two beautiful children SOURCE: Pinterest

Elizabeth and Hammer began dating in 2008 and after around two years, they decided to get married. Their wedding was featured in 2011's edition of Town&Country. The happily married couple is also blessed with two children; a daughter, Harper Hammer and a son, Ford Hammer. Elizabeth and Hammer opened a Bakery in San Antonio in 2012.