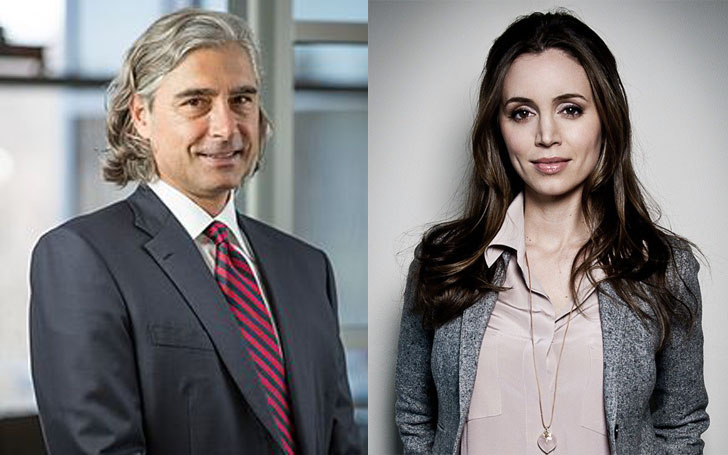 The beautiful quote is applicable for the popular actress Eliza Dushku's life, who got engaged to her CEO beau Peter Palandjian on June 16. And the newly engaged couple seems to be in a hurry to get married. Eager to know more about their wedding plans, we have got some exclusive information for you!

Eliza Dushku announced via her Instagram on 16 June that she’s engaged to a former tennis player and current CEO of International Real Estate Crop. The proposal took place in Boston, and the Watertown, Mass, born actress shared a photo of the happy moment with her followers. She captioned ‘#Ayo..! 'YES!!' Absolutely, my love’.

However, she did not share further details about her proposal, nor did she show a close-up of her ring. The couple has yet to reveal their wedding date.

While not much is known about their relationship, Eliza was previously in a long-term relationship with former NBA player Rick Fox. On the other hand, Peter has four children from his previous relationship. It seems like she is ready to be a step-mom to his four children.

The popular actress dated several celebs in the past. In 2007, Eliza Dushku dated Baseball pitcher Brad Penny for few months and broke up. In 2008, she dated actor Seth Macfarlane for another few months. After separating from him, she had an affair with film producer Brent Bolthouse from December 20008 to January 2009.

Eliza Dushku dated LA Lakers’ star Rick Fox and began dating in October 2009. The couple was happy in their relationship and their chemistry seemed perfect. Sadly! The couple separated in 2014 after being together for five years.

The couple was even planning to get married back in 2011 when in an interview, Rick Fo said that his first marriage failed but he's found a stable love life then. However, the couple separated. Rick, 47, has two children from ex-wife Vanessa Williams and ex-girlfriend Kari Hillsman.

For more celebrity gossips, keep in touch with Article Bio.