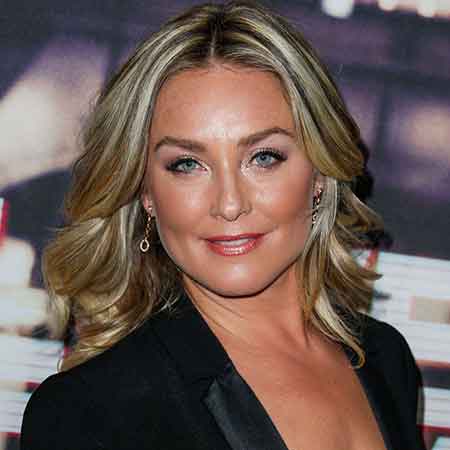 German-American actress, Elisabeth Röhm has been active in the entertainment industry since 1997 and has made her notable appearances in several movies as well as TV series. She gained huge fame from her role Serena Southerlyn in an American police procedural and legal drama television series, Law & Order, and Kate Lockley in American television series, Angel.

Elisabeth Röhm was born on April 28, 1973, in Düsseldorf, West Germany, under the birth sign Taurus. She is the daughter of Lisa Loverde and Eberhard Röhm who were divorced when she was 9.

Röhm’s mother was an American scriptwriter, who once wrote for the television soap opera Guiding Light, whereas her father was a German-born, partner at the law firm of Duane Morris LLP New York.

She went to the St. Andrews-Sewanee School in Sewanee, Tennessee. She then learned writing and European History from the Sarah Lawrence College.

Elisabeth Röhm made her acting debut as an uncredited role in 1997 comedy film, Deconstructing Harry. The same year, she got chance to work in American soap opera, One Life to Live as Dorothy Hayes.

From 1998 to 2001, she made her appearances in several TV movies as well as TV series such as The Invisible Man, The 60s, Fantasy Island, Turks, Eureka Street, and others. She also lends her voice in Law & Order: Dead on the Money, Law & Order: Double or Nothing, and others.

Rohm received Screen Actor Guild Awards for her breakthrough performance in Law & Order in 2003. In 2014, she and rest of the cast of American Hustle won the Screen Actors Guild Award for Outstanding Performance.

As of 2018, she is busy with her upcoming ventures NCIS (14th season), Netlfix's Flaked and Once Upon a Time in Venice. Röhm will also appear in Love Is All You Need? with Will Gardner, and The Tribes of Palos Verdes with Jennifer Garner.

Röhm worked in several TV series and films with the stars like David Boreanaz, Vincent Kartheiser, and Laura Breckenridge, she is living a blissful life with her enormous earnings. As of 2018, Röhm's net worth is estimated to be around $4 million as per the Celebrity Net Worth.

Elisabeth Röhm was engaged to her boyfriend of two years Ron Anthony Wooster in 2007. The couple welcomed their first child, a daughter Easton August in April of 2008.

Besides, Röhm was an avid equestrienne but she gave up horse riding after the major accident in 2005 which she revealed in 2011 in an episode of the Biography Channel series, Celebrity Close Calls.

Rohm runs a personal blog where she often writes about life with her daughter and fiancé.

In 2011, the popular website, People added her blog to the "Moms & Babies" section of its online site celebritybabies.people.com.