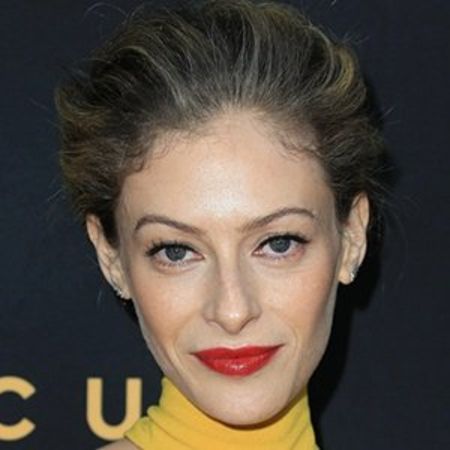 Efrat Dor is an Israeli actress who is widely known for playing the role of Magdalena Gross in the historical drama film, The Zookeeper’s Wife, and Lizzie DeLaurentis in the Amazon hit show, Sneaky Pete.

Born in Beersheba, Israel and Raised With Three Brothers

Efrat Dor was born on January 6, 1983, in Beersheva, Israel, and was raised along with her three brothers in Omer in southern Israel. Her father was an engineer and her mother was a writer.

Efrat is of Israeli nationality and Russian, Polish and German descent. Her Polish grandmother's mom, dad and brother all were murdered under the Third Reich by the Nazis.

She then joined acting cla s ses at the Beit Zvi School for the Performing Arts in Israel. She later moved to New York City and studied acting at Lee Strasberg Theatre and Film Institute.

Efrat Dor started her acting career by playing small roles in Israeli television shows in 2007. Later in 2009, she made her feature film debut in a drama movie, Phobidilia. The film was featured in the Berlin International Film Festival in the same year.

Efrat rose to fame in 2010 after playing the role of Shir Ambar in the Hot 3 television drama series, Asfur, alongside Hanan Savyon and Guy Amir.

In the following year, she appeared as a police recruit, Alex Yudayov, in the Channel 10 show, Achat Efes Efes, alongside Amos Tamam, Vladimir Friedman and Zohar Strauss.

For her role in the series, she was nominated for Best Actress in a Drama Series at Israeli Television Academy Awards in 2012.

Later In 2017, she portrayed a Polish sculptor, Magdalena Gross, in the historical drama film, The Zookeeper’s Wife, opposite Jessica Chastain.

Most recently in 2019, Efrat played the role of Lizzie DeLaurentis in season 3 of Amazon hit television show, Sneaky Pete, alongside Libe Barer and Marin Ireland.

How Much Money Efrat Dor Earns?

Being a successful Israeli actress, Efrat Dor earns a substantial amount of money from her acting career. According to multiple online sources, the 36-year-old actress has an estimated net worth of $2 million.

The exact salary of the Zookeeper’s Wife star is not known but according to online records, actors or actresses in Israel make $1000 per episode in a series on average.

Moving towards the personal life of Efrat Dor, the 36-year-old Sneaky Pete alum has not spoken anything about her relationship status and dating history.

She has not posted any photo with a man on her Instagram account who we can a s sume as her partner.

She has not been seen getting cozy with anyone in public. So as for now, we have to be convinced that Efrat is single and not dating a boyfriend.