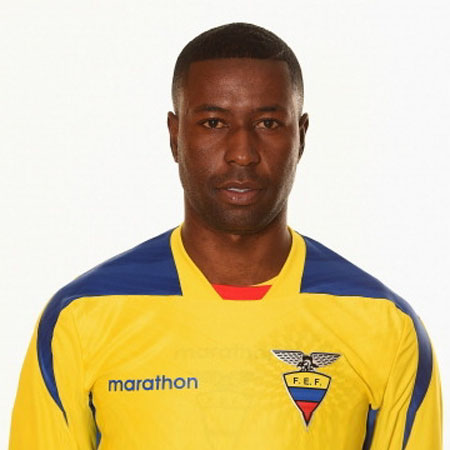 Edison Vicente Mendez is a professional Ecuadorian Footballer .He was born in 16th of March in the year 1979 in Ibarra. His current team is Santa Fe and he plays as an attacking midfielder wearing the Jersey No.4.He is generally popular among the citizen of the Columbia. Apart from that he has extra –ordinary skills of pace, accurately passing and making a long range shoot perfect. Other than that he is also called dead-ball specialist .He is chosen for the free kicks and corners .He doesn’t just play from clubs he is also a key player in the Ecuadorian national team. He is right –footed and he can play from either wing and as well as in the middle or as Defender.

He started his career from Sociedad Deportivo  Quito which is the club from his Nation Ecuador. During 2002 FIFA World Cup performance he scored winning goal in Equador’s 1-0 and later got his transfer to Club Irapuato. He started playing there and in total he played there 16 games and scored around 5 goals in that whole season. After his club got relegated he moved to Santos Laguna where he struggled to get a place after playing 14 games but just scored 2 in total. Later he again returned to Ecuador and later won Ecuadorian Apertura season in 2005.Later in 2006 just after the World Cup there was a rumor of him moving to Germany but later that was just a rumour. He later made his start in Eredivisie against Willem II and marked his record in new club by scoring 2 goals for 3-1 win. He was the first Ecuadorian to play in the UEFA Champions League and his debut was against the mighty Liverpool. On that game he was voted Man of the Match. Later in 2009 he returned to Ecuador and played for his for former team LDU Quito. Later the other year, he was announced as new player of Mendez. .On December 11 of 2013 he was confirmed to have joined Colombian Side Santa Fe. He played World Cup 2002 from Ecuador where he scored a winning goal against Croatia. He scored 5 goals in qualifying stage. In 2006 FIFA World Cup he played well enough to defeat England.

There is not much story about his marriage or his personal affair in the media .He seems to love to not let his personal issues be a matter of media exposure. He is a professional footballer and what cameraman can do is basically catch him in football ground playing football. He is physically fit and attractive person. His height is 1.75 and his Weight is 68 kg.

He has not won any huge award or title but basically a generation remembers him for his extra skills. His Salary is 3 million pound.