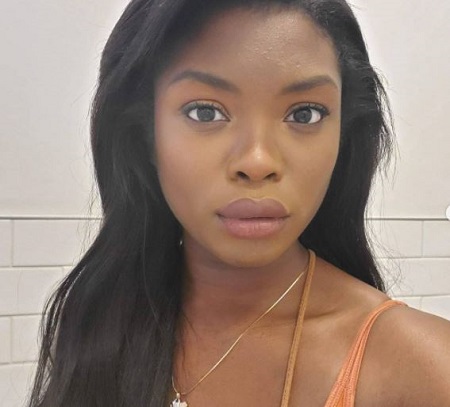 Famous with the role of Kristen Chazal on the drama-mystery television series FBI, Ebonee Noel is an American actress. She is also notable for appearing in several series such as Still Star-Crossed, Long Night Short Morning, and I Love You, Daddy.

Ebonee Noel was born on May 24, 1990, in the United States of America. Noel holds American nationality and belongs to the Afro-American ethnicity. 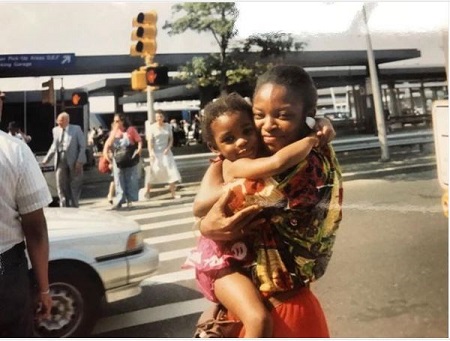 Noel traveled to several countries, including Cambodia, Croatia, Ethiopia, and Israel, during her childhood, where she partly received her school-level education. Later, she graduated from New York University Tisch School of the Arts. Afterward, Ebonee trained at the Williamstown Theatre Festival in Ma s sachusetts.

Actress Ebonee Noel started her acting career in 2014 from the television series Law & Order: Special Victims Unit. In 2014, she landed the role of Mary Robertson in the crime-mystery movie Eye Candy. Victoria Justice, Casey Deidrick, and Harvey Guillen were the including stars of the movie.

Afterward in 2017, she appeared as Livia Capulet in the drama TV series Still Star-Crossed. The series starred Grant Bowler, Wade Briggs, Lashana Lynch, and more. The same year, Ebonee joined the cast of action-comedy series Wrecked as The Barracuda.

Talking about Noel's recent work, she got the breakthrough role of analyst Kristen Chazal in the drama-mystery series FBI. She worked with Missy Peregrym, Zeeko Zaki, and James Chen in the series. Since the arrival of season three which premiered in November 2020, fans have noticed the disappearance of her character on the show.

Though the creators and the actress herself have not revealed anything yet fans are convinced and sad about the departure of their favorite character, 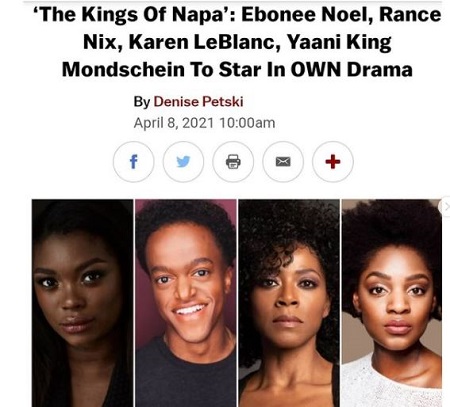 CAPTION: Noel is all set to appear in the upcoming show The Kings Of Napa SOURCE: [email protected]

Talking about her upcoming projects, the actress confirmed that she will appear in The Kings Of Napa.

Estimated Net Worth Of $600 Thousand

The FBI star has a net worth of around $600 thousand as of 2021. Ebonee earns a major part of her income from her professional career in acting.

Meanwhile, as per Payscale, the average income of an American actress falls between $19,564 to $207,748 per annum. So, we can a s sume that Noel might also earn in a similar range.

The FBI actress, Noel is currently living a single life. Besides, Ebonee is among the celebrities who get very secretive when it comes to personal life. 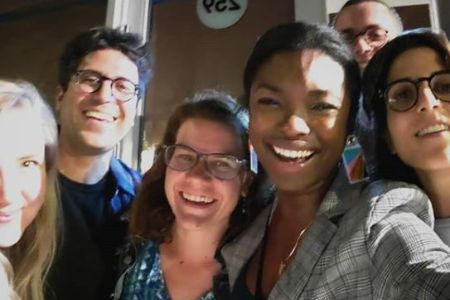 Meanwhile, it seems as if she is very dedicated to her professional career rather than her love life. Noel loves to spend her free time with her friends and family. She also makes her appearances at several events time and again.