Dylan Sprouse Cheats on Girlfriend Dayna Frazer? All The Details About Their Affair, Including Photos! 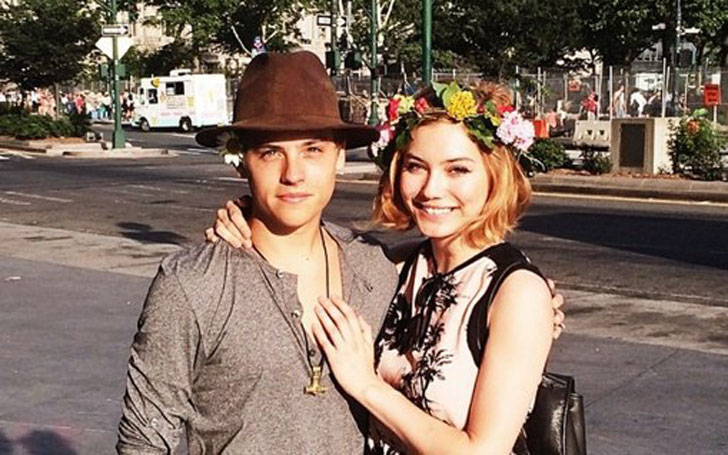 The breakup was far from a regular one, Frazer accused Sprouse of cheating on her. After fans who really adored the couple started rallying behind Frazer, sympathizing with her and going against Dylan, the Disney star has also shared his side of the story. How does it all unfold? Let's find out.

Did Dylan Sprouse Actually Cheat On His Girlfriend Dayna Frazer?

Well, when it comes to cheating, link ups and break ups, Hollywood is the hub. So, it's not really a big surprise when a new breakup news comes ahead except when it's the one couple that you admire the most.

Dayna Frazer posted a picture of herself in all tears captioning it "When you find out your bf cheated on you lol"  on her Twitter a while back. And that was all it took to shock the fans into a mixture of confusion and anger. So, did Dylan Sprouse really cheat on Dayna Frazer?

Fans went absolutely crazy after Frazer's tweet, many even tweeted about their shock and disbelief. Fans just couldn't believe that their Disney hero could do such a thing.

Fans were shocked and devasted, to say the least. Well, what does Dylan has to say about it all?

We guess it was virtually impossible for Cole Sprouse twin Dylan Sprouse to not speak against the cheating allegations as fans were tweeting about the issue so much, not to mention all the headlines and breaking stories!

Sprouse didn't give out an official statement, however, he tweeted this vague reply to the allegations by his now ex-girlfriend Dyana.

I will say this and only this: by adhering to an assumption based on limited information, you neglect the complicated nature of this issue. The truth always has two sides, and those sides have motivations, and those motivations, despite how cloudy they currently seem, are private.

Is Dylan trying to imply that maybe he cheated but because of some extreme reasons and that he is not at fault here? Well, his tweet is way too vague to exactly deduce the message. However, he does clearly say that he wants his privacy. So, the fans should calm down and give the couple their space.