Dancing With The Stars Semifinals; Jordan Fisher And Lindsay Arnold Perform With Injuries 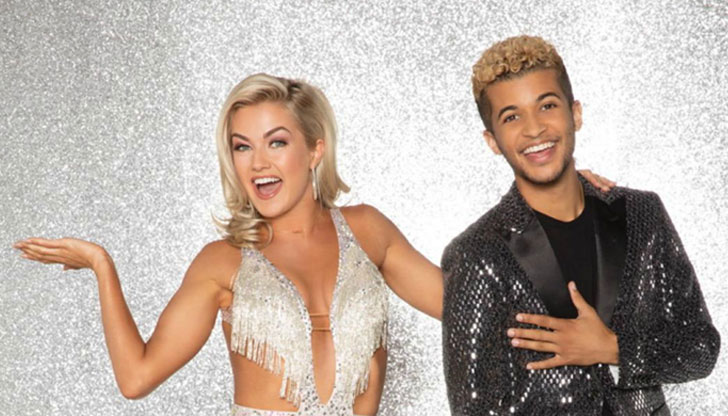 Dancer Lindsay Arnold's appearance in the Dancing with the Stars' semifinal was in doubt after she injured her knee during rehearsals this weekend.

The season 25 dancing pro, 23, has been dancing with her celebrity partner Jordan Fisher who performed wearing a tan knee brace on Monday's semifinals show.

Sharna Burgess and her partner Derek Fisher, who was eliminated earlier this season, were on standby in case Arnold was unable to perform for Monday's episode.

In an exclusively shared practice video with People, Arnold said,

I was practicing the pro number and I literally just stepped up onto a stair and it felt like my whole leg gave out and stopped working and I thought it was just a one-time thing and then it happened a couple more times, just doing simple things.

She can be seen teared up during her physical therapy treatment on the footage where she said,

It's frustrating because it's the semifinals and I want to dance it with Jordan, and I just hope this doesn't stop me from doing that. That scares me.

The couple performed beautifully on Tina Turner’s Proud Mary for which they earned 28 out of 30. After their performance, Fisher told co-host, Erin Andrews, that he had a minor injury during rehearsals. He told,

I have a scratched cornea (due to) a nail in the eye.

Fisher also revealed that he had scratched the same cornea about four years ago and it healed only one and a half year ago. However, the pair was focused on their performance irrespective of their condition, and they seemed quite happy with their performance.