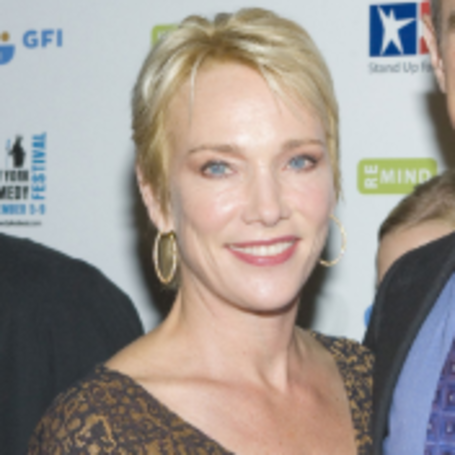 Sharing the same platform is indeed an obvious nexus for romance birth for celebrities- so goes for Doris Sherman Williams, an American production designer who is widely famous as the wife of Law & Order: SVU actor Christopher Meloni. They met on a TV set in 1989 and have since married & shares 2 children together.

Williams started off her career as an art director in the 1986 drama film Platoon and then began working as a production designer; records more than 17 credits including TV series and films.

Married To Christopher Meloni For More Than 2 Decades- Relationship & Children

Doris Sherman Williams and Christopher Meloni married on July 1st, 1995, in a medieval-themed wedding on a Malibu beach. Since she has changed her name to Doris Sherman Meloni.

Together, the duo is parents to 2 children. They welcomed their first child, daughter Sophia Eva Pietra Meloni on March 23, 2001, of whom Mariska Hargitay is the godmother. Their second child, a son named Dante Amadeo Meloni was born on January 2, 2004. 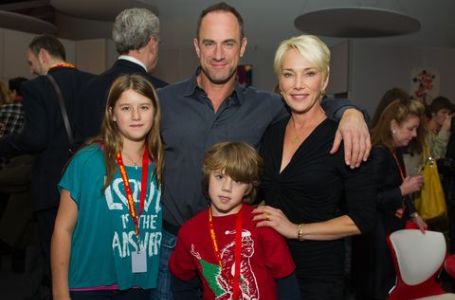 As reported, Williams and Meloni first met in 1989 while they were working on the set; at that time, Sherman worked as a production designer while Chris was juggling for a career break. The pair didn't begin dating immediately, the New York native already had a boyfriend then.

Later, the duo managed to see each other again in Los Angeles and got into a relationship- the rest is history.

The family of four currently lives a lavish lifestyle in Midtown East in a Manhattan highrise.

Net Worth Of Sherman Williams In 2021

As of 2021, Doris Sherman Williams has an estimated net worth in the 7-digit figure but has kept curtains over the actual figure. But, without a doubt, she does live a luxurious life being the wife of a millionaire husband, Christopher Meloni who owns $30 million from on-screen career earnings. 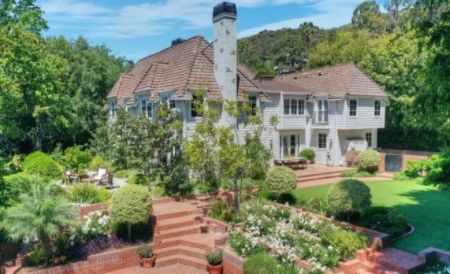 CAPTION: Doris Sherman Williams and Christopher Meloni property in Hollywood Hills which they bought in 2014 for $5.25 million SOURCE: Variety

In May 2020, Doris and her actor husband Christopher listed their 5,283 square feet Hollywood Hills haunted property for sale asking $6.5 million. As reported, the Oz actor had bought the 5-bedroom & 7-bathroom house in fall 2014 for $5.25 million. The residence was used in the TV show The Adventures of Ozzie and Harriet.

The duo owns a house in New Canaan, Connecticut, and has another weekend home in New Milford, Connecticut.

Doris Sherman Williams began her career working as the art director in the 1986 drama film Platoon. She worked as a production designer on two projects: Nowhere to Run and Darkroom in 1989. She has served in the comedy television show Danger Theatre in 1993. 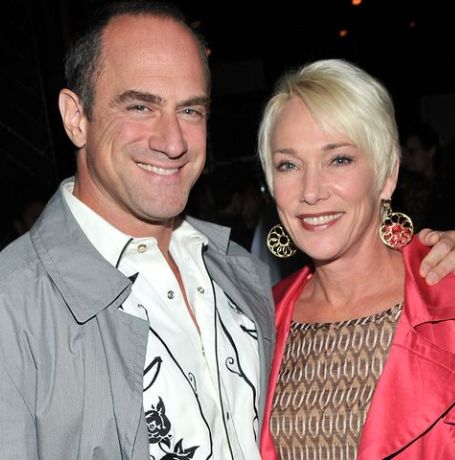 Williams also has worked as a production designer in a number of projects such as Killer: A Journal of Murder, The Curse of Inferno, Walking Across Egypt, and Night at the Golden Eagle.

In 2006, she worked as visual effects in the short-horror project, Zombie Prom starring RuPaul and Katy Mixon. She seems to have taken a break from the career as there are no projects revealed under her credit.

Doris Sherman Williams was born on January 21, 1960, in New York City, New York, the United States under the birth sign Aquarius. Her birth name is Doris Proctor. An American by nationality, the production designer hails from a white ethnic background.

Unlike other celebrities, Williams evidently lives a very private life and rarely makes public appearances, The proud wife and mother is busy taking care of her family and prefer a simple life outside of the limelight.