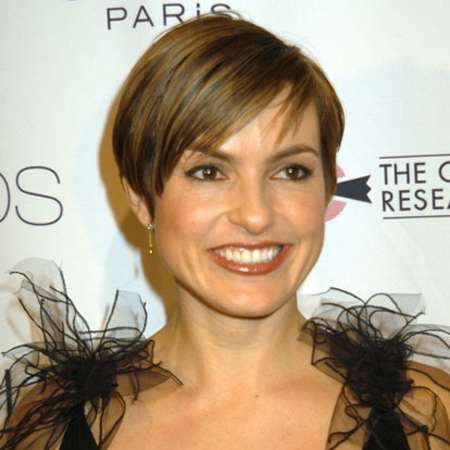 California-born Mariska Hargitay is a producer, director, and a model. She is the winner of the title, Miss Beverly Hills USA. She won Emmy awards in the category of Outstanding Lead Actress in a Drama Series.

Presently, she is a prominent figure among the media because of her iconic role in the NBC drama series Law & Order: Special Victims Unit. She plays the character of Detective/Sergeant/Lieutenant Olivia Benson. She is also founder and president of Joyful Heart Foundation, which helps rape and sexual a s sault victims, as a result of her work on Law & Order: Special Victims Unit.

Mariska Hargitay was born Mariska Magdolna Hargitay on 23rd January 1964 in Santa, Monica California, under the birth sign Aquarius. She was born to former-actress, Jayne Mansfield and former Mr. Universe, Mickey Hargitay, who is of Hungarian descent.

Her nationality is American and her ethnicity is Caucasian. Hargitay grew up with two older brothers and three other half-siblings.

In 1963, her parents had divorced but their divorce was later proclaimed invalid. After four years, her mother was killed in an automobile accident along with her boyfriend, Sam Brody. Hargitay and her siblings were raised by her father and his third wife, Ellen Siano.

Hargitay attended the Marymount High School and was an active athlete, cheerleader and was involved in theater programs. She enrolled at the UCLA due to her interested in acting and also went on to become the Miss Beverly Hills USA.

She graduated from the UCLA School of Theater Film and Television and also attended the Groundlings Theatre and School.

Hargitay has won awards for the role of Detective Olivia Benson. She has won an Emmy as well as a Golden Globe. She is also the recipient of the UCLA’s TFT Distinguished Alumni Award and has also been inducted into the Hollywood Walk of Fame on 8th November, 2013.

Mariska Hargitay is estimated to have a net worth of $45 million which she earned from her career as an actress and model. As per some online sources, she earns $450 thousand per episode.

She founded the Joyful Heart Foundation that provides aid to sexually abused women and those who suffered from child abuse. She is also an honorary board member of the Multiple Myeloma Research Foundation.

Hargitay donated around $100,000 to the UCLA School of Theater Film and Television for the scholarship. She also made a donation of $35,800 to the ‘Obama Victory Fund’.

As far as her personal life is concerned, she is a married woman. At around 1997 Maria Bello and Hargitay were rumored to be in a relationship and she was supposed to be lesbian. The rumors were not confirmed.

She started dating Peter Hermann in 2002. They got married on August 28, 2004, in Santa Barbara, California after a two-year long affair. They met on the sets of Law and Order: SVU whereby he plays the role of Trevor Langon, a defense attorney.

The couple announced the birth of their first child, August Miklos Friedrich Hermann by an emergency cesarean section on June 28, 2006. They did not give birth to more children but adopted two children next. On April 2011, they adopted Amaya Josephine and in October 2011, they adopted a boy, Andrew Nicolas Hargitay Hermann. They do not seem to be moving towards divorce.