Does Drew Scott from TV series Property Brothers have a child with girlfriend Linda Phan? 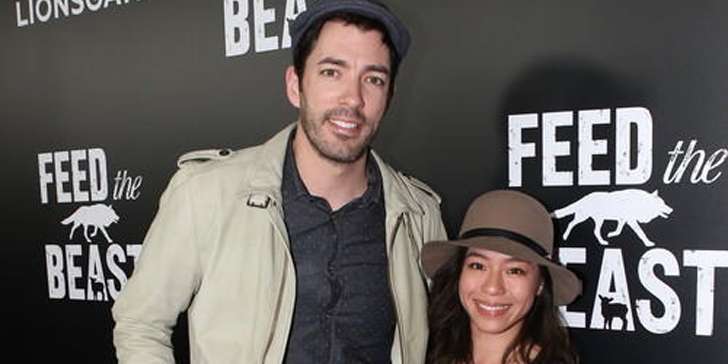 Andrew Alfred Scott commonly known as Drew Scott is best known as a co-host of Property Brothers along with his twin brother Jonathan Scott is one of the most desirable men in HGTV.

The American host, actor, and entrepreneur of the real-estate company belongs to Canadian nationality and is from the city of Vancouver, The magical Duo of HGTV also has an elder brother, named J.D. Scott and the trio are running smoothly on their TV shows and other projects.

Drew Scott is well known HGTV host for other programs such as Buying and Selling, Brother vs. Brother, Property Brothers at Home which is all broadcasted on Home and Garden Television.

The handsome twin team is popular among ladies as they are good looking and a host for a channel which is close to women's interest.  Drew Scott is a  graduate of the University of Calgary in Kinesiology.

Other than sharing the on-screen part with his brother, Drew Scott is well with the back end of Camera as well and takes the active involvement in the direction of their shows. The physically fit twins are the sucker for sports and have a history of being a Karate professional.

Linda Phan and Drew are together for seven years now. Linda is an architect and a creative director of Property Brother's production company Scott Brothers Entertainment. They first met on the show and the relationship of these two hot couple kicked off quickly.

In 2010, they started dating and dated almost six years before getting engaged in December 2016. And the sources have said that they will get married in 2018 spring.

They both seem to be happy together and being together at work as well as personal life has made the relationship stronger.

There were many rumors about these two magnificent couple getting married but our sources confirm they are not married and are enjoying their relationship like the way it is. We will like to confirm that they do not have any child together and are not planning to have one in near future too.