Does Carlos Slim Have The Highest Net Worth? Explore His Career And Properties 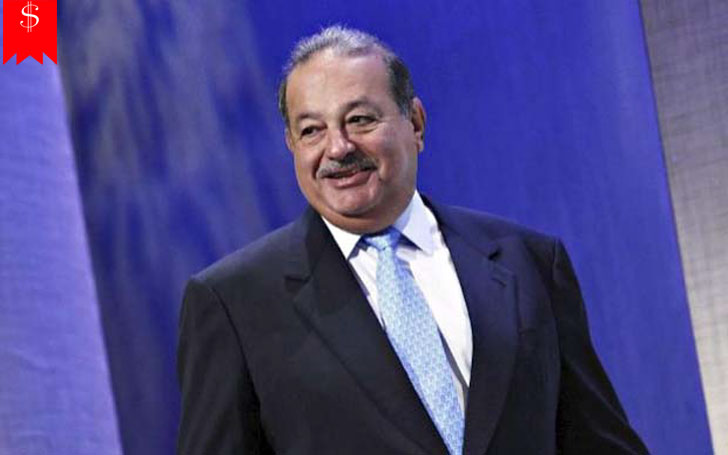 Carlos Slim, one of the richest people in the world is living a relatively simple life with his family. He has currently invested in a wide range of projects including education, healthcare, transport, hospitality, and entertainment.

It is said that he holds 40% of all the Mexican Stock Exchange and has a net worth equivalent to about 6% Mexican gross domestic products. So, how much is his net worth? Let us find out about his properties and sources of income.

How Much is the Net Worth of Carlos Slim? Is he the Most Richest of All?

The Mexican business tycoon and investor Carlos Slim is more focused on the economies of scale and monopoly. From the year 2010 to 2013, Carlos was the wealthiest man in the world, but According to Forbes 2017, he is now the sixth richest person with an estimated net worth of about $54.5 billion.

His company Grupo Carso is one of the biggest companies in the world whose stock market capitalization was over $12 billion US dollars in the year 2014.

His Houses and Car Collection

Carlos has a handsome fortune, and of course, he has a house of everyone's dream. His 20,000 square-foot mansion is one of the most expensive public listings in New York City till date.

Sotheby's International Real Estate disclosed the inners of the house back in 2015. The gorgeous home has a total of 25-room worth around $80 million.

The house was officially called the Benjamin N. and Sarah Duke House which was built in 1901.

In addition to it, the very Fifth Avenue palace landed as one of the most expensive homes in New York City at present. He bought the house in 2010 for $44 million.

He currently lives in a six-bedroom house in Lomas de Chapultepec district of Mexico City.

He also has an immense passion for fine art. He opened an art museum in Mexico in the name of his late wife Soumaya Domit named 'Museu Soumaya.'

Carlos stepping out of his Audi | Source: Success Stories

The Chief executive of Telmex and America Movil also has a huge collection of cars.

The Bentley Continental Flying Spur doesn't just sound fancy; its commendable performance speaks up every detail. He bought the car at $300,000; it's more than what some elegant houses cost in Mexico.

Furthermore, he owes a Navy Mercedes 4x4 that cost around $200,000 at present. Maybach Guard, Cadillac, and Audi also come on the list.

His Salary and Income Source

Currently, he earns an annual salary of $288,000 being the CEO of Telemax and America Mobile.

He earned a total of $4 billion from other investment projects in 2013 and 2014 which still makes him the sixth richest in the world.

The biggest piece of Slim's wealth comes from telecommunications. He has a hand in hundreds of companies including Grupo Carso and Grupo Financiero Inbursa.

He's also the owner of stakes in department store Saks (SKS), Elementia; one of the largest cement companies in Mexico, energy, and construction, automotive (via Grupo Condumex), and the New York Times.

Mexican telecom tycoon Carlos launched a free online educational platform named Aprende.org back in June 2016. The app is aimed at expanding educational opportunities to everyone having smartphone and internet access.

He made the declaration on the auspicious occasion of the 30th anniversary of the Carlos Slim Foundation that solely focuses on health and education facilities with an endowment of $5.4 billion.

He donated $2 billion to his Carlos Slim Foundation in the year 2006 with an additional $2 billion in 2010.