Dodd Mitchell Darin is an American television personality who is primarily recognized as the son of Booby Darin, a late American singer, musician, and actor. Apart from being a star kid, Darin is already established in his own field, and he has made several television appearances.

Born Dodd Mitchell Ca s sotto on December 16, 1961, he is 60 years old now. The television personality is a native of Los Angeles, California, the United States, born to parents, Bobby Darin and Sandra Dee. As mentioned earlier, his dad is a legendary actor who was active in the showbiz industry for a long time. 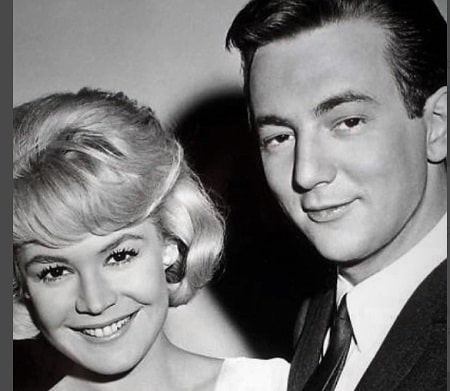 Same as his father, his mother, Sandra, was also a renowned American actress who had won some awards by appearing in numerous movies such as Gidget, If a Man Answers, Imitation of Life, and A Summer Place; sadly, Darin lost his mom on February 20, 2005, due to kidney disease.

Darin followed the path of his late parents and got involved in the entertainment industry. In 1998, he appeared in Bobby Darin: Beyond the Song. And in 1990, he was invited for the Rock and Roll Hall of Fame Award for his father.

In 2001, Darin starred in Biography, which helped him gain more recognition in the industry. The television personality developed more interest to work in this line and worked as a consultant in Beyond the Sea, which stars figures like Kevin Spacey, Kate Bosworth, and John Goodman.

Apart from being an actor, Darin is also a talented author, and in 1994, he wrote a book called Dream Lovers: The Magnificent Lives of Bobby Darin and Sandra Dee. Likewise, his IMDb profile shows Darin is now working on his next project, Sammy LaBella: The Real Skip E. Lowe.

The 60 years old television personality is a married man who leads a happy life with his wife, Audrey Tannebaum. The couple dated for some time before walking down the wedding aisle on June 5, 1993. Their wedding ceremony was held privately in the presence of their family and close ones.

Audrey and Dodd are also the parents of two beautiful children, Alexa Rose and Olivia Darin. Not to mention, Alexa was born in 1996 and was named after Dodd's mother's real name, Alexandra. Furthermore, Darin's wife, Audrey, is also engaged in the entertainment industry. 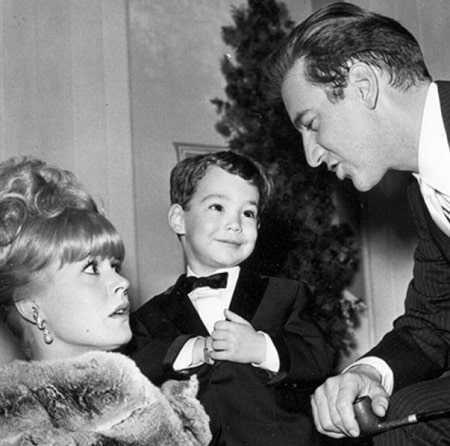 CAPTION: Dodd Darin with his parents when he was a child SOURCE: Twitter @dreamloverau

According to her IMDb profile, she has worked in the costume department in various projects such as Our Family Honor, Return to Mayberry, Get a Life, Matlock, and Mad About You. Talking about her early life, Audrey Tannenbaum was born on June 29, 1961, in Los Angeles, California, USA. So, she is 60 years old as of early 2022.

The star kid has ama s sed most of his gains from his profession as a television personality and author. Some online source estimates his net worth to be around $2 million in 2022. In the United States, an author earns about $67,230â€‹ per year. So, Darin might be making in the same range.

Furthermore, he worked in Beyond the Sea, which was released in 2004. The respective project was done on a budget of $25 million, and its box office collection was $8.4 million. On the other hand, his father, Bobby, had a ma s sive net value of around $5 million at the time of his death. Likewise, his mother had added a considerable chunk of money worth millions.