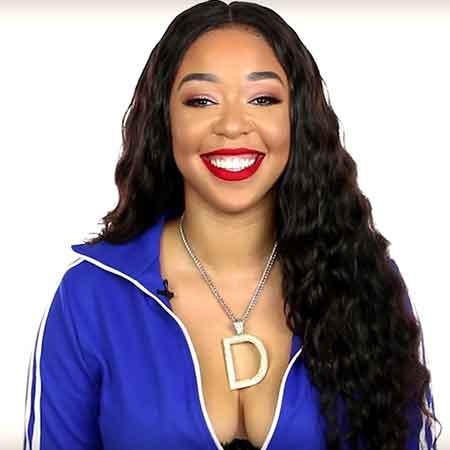 Bron and raised in Texas, DJ Duffey initiated her career working for Enterprise Rent-A-Car, but later established herself as one of the top American DJs. She worked as Currensy's official DJ as well as spun for Amber Rose's SlutWalk in 2015. The following year, she went on to join the cast of Basketball Wives LA.

DJ Duffey was born on 25 August 1988 in Texas, in the United States. Her father was in the military while her mother used to play college basketball. She belongs to a family of athletes as her older brother played college football and her younger brother accepted an offer to play quarterback at Texas Tech.

Duffy did her schooling at the Mansfield Summit High School where she joined the winning four state championship girls’ basketball team. And then she went on to study at the University of Texas at Arlington and played Division 1 basketball for four years.

DJ Duffey initiated her career working for Enterprise Rent-A-Car and barely had any money in her account at that time. She later moved to Dallas along with her infant son and eventually reached out to a popular Dallas DJ, DJ ASAP.

After long days of working and being a full-time mom, Duffey subsequently started practicing four to five hours a night and decided to put all her efforts into becoming a full-time DJ.  She was gradually performing for 300 people in a night. She quickly became successful to established her name in Dallas and started being recognized nationally as well.

Along with her uncle, a professor at the University of Houston, Duffey also published a book in 2016 called Why We Didn’t Choose You Vol. 3. As of 2018, she works on a headphone line with Dallas Creative Director Don Smith.

Duffey worked as Currensy's official DJ as well as spun for Amber Rose's SlutWalk in 2015.

According to some online sources, DJ Duffey has an estimated net worth of around $1 million. She is also the proud owner of the Volkswagen which is worth around $26,415.

@fashionnova when he tryna come back in your life to fuck it up, but the devil is a LIE!

Just after her graduation, DJ Duffey got married to NFL player Brian Jackson at the age of 21. Along with her ex-husband, she moved to New York.  The couple welcomed their first child, a son.

After only five months of living in New York, she moved back to Texas. The two got divorced soon after.

Following their separation, in early 2016, Duffey started dating NBA player Iman Shokuohizadeh. The two also got engaged in late 2016. Their relationship, however, did not last long, and parted ways in the same year.

Duffey made numerous headlines and gained huge attention after she briefly dated rapper Drake. It was reported that the couple first met at an event held in college. As per some sources, the two are still good friends.