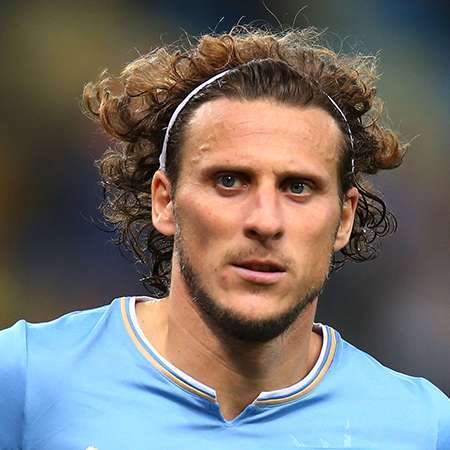 Diego Forlan is a popular football player from the Nation Uruguay. His Current Team is Cerezo Osaka and wears the jersey No.10 and plays from forwarding. Apart from that, he has always been a popular player of the national team of Uruguay.

Diego Forlan was born on 19th of May in the year of 1979. He was born in Montevideo in Uruguay. His full name is Diego Forlan Corazzo and is popularly known as Forlan. His father Pablo was also a footballer of this time and he had participated in the 1966 and 1974 world cup.

Forlan started his professional football career through Independiente where he continued to play for almost 4 years. He showed some good skills and tactics in the game. Later he was signed by Manchester United. His team own Premier League in 2002-03 and later FA Cup in 2003-04.

Later he signed his contract with Villarreal in 2004. Before he joined Athletico Madrid in 2007 he had already scored 25 goals and claimed Pichichi Trophy. In 2012 he moved to Internacional. Although he made his debut in the international match from 2002 he has already been one of the most popular players in the football.

Diego is like a celebrity in his nation. Previously in 2010, he was in a relationship with model Zara Nara and they had even decided to marry. In fact, they had tweeted about the marriage but the groom-to-be called off the wedding just about 40 days before the wedding.

Presently he is in a relationship with a 23 –year old hockey player for a long time. His girlfriend name is Paz Cardoso and apart from being a hockey player, she is also a medical student. Recently in December if 2013 the couple has decided to marry and start a new life. His height is 1.8 m and his Weight is 73 kg. He said that he was inspired by his sibling sister who was paralyzed after a car accident in her childhood.

Diego Forlan is one of the most talented players of this period. Although he had made a debut in International football in 2002 he has already claimed lots of trophies and titles. He is the only player after Ronaldo to claim Pichichi Trophy twice.

He has also claimed Europen Gold Shoe twice in his career. He was awarded Top scorer in 2010 world cup and apart from that he received the Golden Shoe for his quality game in the same world cup. His annual Salary was 4.98 million BRL in 2012.