Did you know that the CNN Anchor Isha Sesay has been married since 2013? 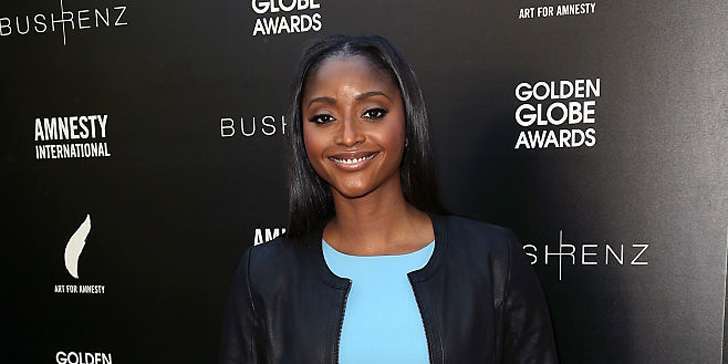 News anchor, news correspondent and broadcast journalist Isha Sesay is the famous news correspondent of CNN international. She looks even more focused, confident and happy after she got married to her longtime boyfriend fellow CNN staffer Leif Coorlim. The couple tied the knot in front of their family and close friends in August 2013.

Leif Coorlim is an executive editor and Isha news anchor both works for CNN. The couple met with each other at the CNN freedom project in the year 2008 and started dating. They made their relationship official after getting hitched in 2013. Their wedding news became one of the hottest news at that time. Since then the couple has looked even happier and attracted to each other. Their wedding was nothing less than a fairytale to them and they are living each and every day cherishing that moment.

While explaining her wedding day she said to the People Magazine that it was magical. When she saw Leif standing at the end of the aisle, she felt as her heart was going to explode. Further, she added that she married the man of her dreams in front the people she adores the most. She even said that her decision to marry Leif is one of those best decisions that she had made in her entire life. Evidence to support that her decision was accurate is the fact that even after almost 4 years of their marriage they look equally happy and in love with other.

Isha Sesay is a woman of pride. She has always pursued her dreams and always was charismatic and energetic. She had always imagined a perfect life with her perfect man and she was lucky enough to live her dream in reality. Their fans always support and cherish them. Let's hope this magnificent couple could stand all their problems and live happily ever after. For more updates about them including their latest news, children, salary, net worth the information is available on different sites.