Did Lauryn Hill Move On After Her Split With Rohan Marley? 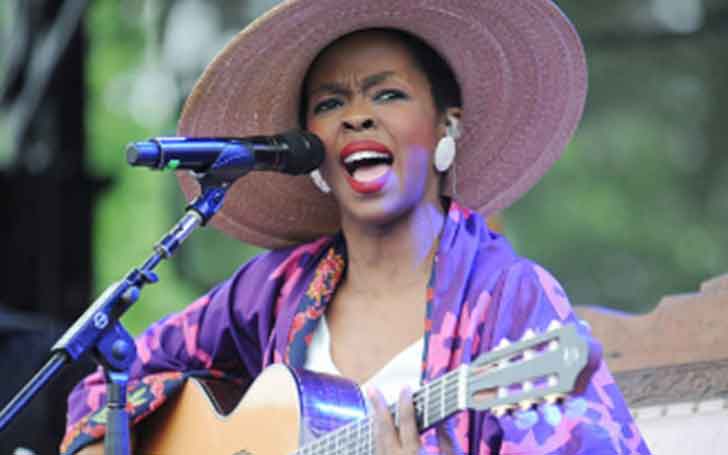 Grammy-winning talented singer Lauryn Hill separated with her partner Rohan Marley long time ago.  Following the split Marley had moved on to get engaged to Isabeli Fontana. But what about Hill? Did she move on as well?

Despite her celebrated music career, Hill is keeping a low-key personal life and is avoiding mainstream media. Let's know about her current affairs.

Is Lauryn Hill Dating Someone?

The beautiful singer Hill is enjoying her celebrated career for a long time now. However, the popular singer prefers privacy when it comes to her personal life. As of now, there is there is no report regarding her love affair.

Can't Take My Eyes Off Of You singer is possibly single at the moment cause the singer is not romantically linked with anyone. Looks like the diva is taking her time to find love after ending her long-term relationship with her partner.

The mother of six is occupied spending quality time with her children. Hill made headlines when she was pregnant with her sixth child because the father is not her partner Marley. In 2011, Hill gave birth to her youngest child Micah Hill and the father is unknown to public till this date.

Besides, the 43-years-old singer is focusing on her musical career as well. Currently,  she is busy with her summer tour of The Miseducation of Lauryn Hill to celebrate the 20th anniversary of the album.

Hill and American former footballer Rohan Marley were longtime partners for 15 blissful years. The couple was together from 1996 but the two never walked down the aisle. They were leading a happy love life.

But unfortunately, things grew complex and the two eventually decided to end their complicated relationship in 2009. Hill and Marley ended things in mutual understanding and chose to keep it private. Following the separation, there was lot's of speculations that Marley left Hill for another woman as he started dating a model. Later, the two addressed the issue explaining their split.

Rohan Marley, the son of reggae legend Bob Marley, said it was not his fault that the relationship came to an end. When people blamed the former footballer for the split, Marley stated,

Nobody knows the ins and outs of another person’s relationship so I don’t want any third party in my relationship. Ultimately, we grew apart because of our different interpretations of how life should be.

From the relationship, the couple shares 5 children, the eldest Zion David Marley, who is now a father to a baby boy. Their daughter Selah Louise Marley, is into modeling and even appeared in Vogue and Beyonce's latest Ivy Park campaign. Their other two sons Joshua Omaru Marley, John Nesta Marley, and daughter Sarah Marley are young and leading a normal life.

However, the two are in friendly terms and are co-parenting their children. The two can be seen together during their family get together. There is no bad blood between them.

Other than Marley, Hill was romantically linked to producer Kendu Isaacs back in the mid-1990s.