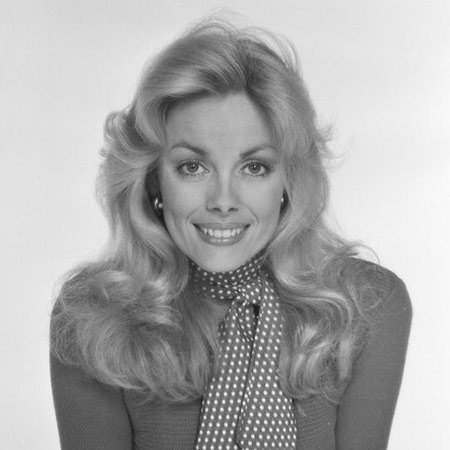 Dian Parkinson was born on 30 November 1944 in Jacksonville, North Carolina, U.S. She was raised in a very strict religious household. Despite all the strictness, she managed to be part of various beauty pageants. The information regarding her parents and siblings are yet to be revealed.

Dian Parkinson, while living in Falls Church, Virginia, won the Miss District of Columbia USA title in 1965. She also competed as Diana Batts in the Miss USA 1965 pageant. Similarly, Dian won the 1965 Miss World USA contest and also went on to represent the United States in the international Miss World contest. She finished as a runner-up there.

Parkinson also traveled during 1965 with the 'Bob Hope USO Show' including performances in Vietnam and also served as Queen of the 1965 Bob Hope Desert Classic golf tournament.

The Price is Right

Dian Parkinson first entered in an American game show, ‘The Price is Right’ in mid-April 1975. She appeared in place of  Anitra Ford for three shows. She went from playing the role of a Game Show Model on a TV sitcom appearing on actual TV Game show. She later returned to the show when Anitra took a leave from the show until October. Eventually, in November 1975, she joined ‘The Place is Right’ as the third permanent model.

Bikini model Dian Parkinson took on a new challenge in 1991 as she bared it all for the cameras in 'Playboy' magazine, appearing on the cover of the December issue.  Two years later, she was on the cover of Playboy magazine flaunting her great body.

Departure from ‘The Price is Right’

After eighteen years as a Barker’s Beauty on ‘The Price is Right,’ Dian Parkinson departed from the show. During the show, game host Bob Barker allowed Dian to say a heartfelt goodbye to the show and the studio audiences. At that time, there were rumors that she left the show because of an ongoing, escalating and nasty feud with fellow model Janice Pennington.

Dian Parkinson's Net Worth And Salary

Dian Parkinson's net worth is expected to be around $1 million at present. She has earned a good amount of salary from her endorsement deal with many reputed companies and brands. During the 1990s, Parkinson also became one of the highest paid models and her salary was reported around $55,000 a year at that time.

Parkinson has worked as a model and a prize presenter on an American game show The Price is Right. She won the Miss District of Columbia USA title in 1965 while living in Falls Church, Virginia. She competed Diana Batts in the Miss USA 1965 pageant, placing fourth runner-up.

Parkinson won the Miss World USA contest in 1965 and went to represent the United States in the international Miss World contest. She was first runner-up to Lesley Langley of the United Kingdom.

Dian Parkinson was reportedly once a married woman. She tied the knots with her rumored husband  Robert C. Gardner back in 2000.

Parkinson was likewise in a relationship with American photographer Bert Stern. After they broke up, she was rumored to be dating a host of ‘The Price is Right,’ Bob Barker. However, their relation brought quite a stir in her life. After all the controversies, because of her rumored relationship with Bob, she disappeared from the media.

The life did not become the same for Dian Parkinson after living the show ‘The Price is Right.’ Even though it was reported that the personal differences between the models were the reason behind Dian’s departure from the show, it was later revealed that the real reason was way bigger than that.

In 1994, Dian filed a lawsuit in Law Angeles Superior Court against Bob Barker for sexual harassment. Dian claimed that she was forced into a three-year sexual relationship with Bob to keep her modeling job on the show.

Later in a press conference, Bob Barker revealed to the media that they were indeed involved in a personal relationship outside of Studio 33, but she was never forced to do anything that she does not want. Barker ended the press conference announcing that he has planned to prove Dian’s allegation false and also sue her for malicious prosecution.

You may be interested, Former Playboy Playmate and Baywatch Series' Cast Erika Eleniak's Marriage History, All the details!