Devyn Tyler is an American actress, writer, director, and teacher from New Orleans, Louisiana. She is well known for her role as Tony in the action-horror TV series The Purge and Elise Abar in the action-drama series Watchmen. As for her film role, Tyler appeared as Stella Honey in the crime-drama film Out of Blue.

Devyn Tyler was born Devyn Ariel Tyler on May 7, 1991, in New Orleans, Louisiana, the United States, to parents; Kevin Tyler and Deneen Tyler.

She did her theater training at the High School for the Performing and Visual Arts based in Houston, Texas. She attended Columbia University, graduating she earned a B.A. in French and Francophone studies.

Tyler has a height of 5 feet 5 inches or 1.65 meters. She is 29 years old as of 2021. She carries American nationality and possesses Afro-American ethnicity.

The 29-year-old first stepped into acting with the TV movie Stuck in the Suburbs in 2004. After that, she landed her acting roles in Glory Road, The Great Debaters, and The Curious Case of Benjamin Button.

In 2010, she appeared as Mia Mueller in the TV series The Gates. She was cast as Seraphina in the television series Underground in 2016. 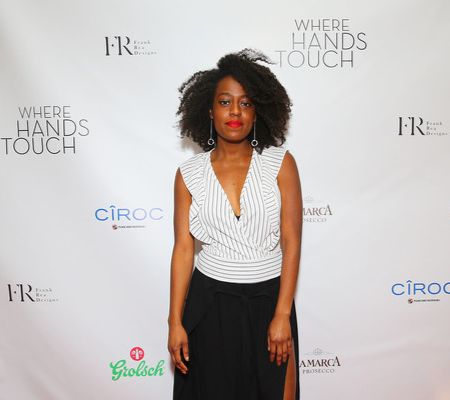 She starred as Stella Honey in the crime-drama film Out of Blue in 2018. She made an appearance in the mini-series Watchmen in 2019.

The same year, she acted as Tonya in the action-horror TV series The Purge, which starred Gabriel Chavarria, Derek Luke, Max Martini, and Jessica Garza.

The Purge actor, Tyler played Deandra in the feature film One of These Days in 2020. She is set to appear as Meg in the upcoming Amazon Prime Video series The Underground Railroad.

Her other upcoming projects include Night Teeth and Deep Water.

How Much Is Devyn Tyler's Income?

The 29-year-old actress has an estimated net worth of $1 million as of April 2021. She gathered all of her income throughout her successful acting work. In addition, she is also a writer, director, and teacher which adds a pretty decent sum to her riches.

Tyler has worked in television series and movies such as Clarice, The Purge, Watchmen, Glory Road, and Out of Blue. She has definitely earned a good paycheck through her acting credits.

The Night Teeth star is possibly single and isn't dating anyone at the moment. The actress maintains a low profile about her relationship status. So far, there is no news of her dating life and possible boyfriend. 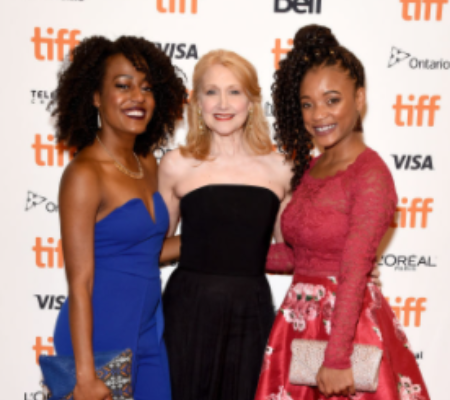 Devyn Tyler with her Out of Blue cast members SOURCE: Getty Images

However, she is very close to her friends and cast members. She often shares pictures with them on her social media, Instagram @devynariel.