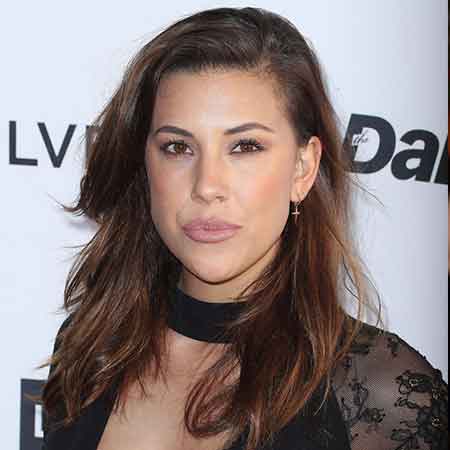 American model and entrepreneur, Devin Brugman is one the inspirational figures for most of the women. Brugman started her career as a model. Later, she along with Natasha Oakley co-founded a blog, A Bikini A Day and later established their own swimwear brand, MONDAY Swimwear.

Devin Brugman was born on December 26, 1990, in Oakland, California. Brugman is Capricorn which defines his personality to be ambitious and determined. Her entrepreneurial father and model mother raised her in California.

Brugman along with her family moved to Maui where she attended Mount St. Mary's College. At the age of 17, she moved to LA after graduating from high school.

Devin Brugman started her career as a model after she was discovered by a modeling agency while she was on a vacation with her best friend and business partner, Natasha Oakley.

The duo met with the help of their mutual friends via Facebook. They then started hanging out on the beach and also modeled together. They shared a single bed for months before rising to fame.

I love you to the moon and back. Happy birthday to my best friend in the world @tashoakley @mondayswimwear

The BFFs turned into business partners in  2012 when they founded a lifestyle blog, ''A Bikini A Day'' where they share several photos in swimsuit each day. They gathered a huge fan following from their blog.  Two years later, the duo launched their own swimwear brand, MONDAY Swimwear.

Moreover, they sold their brand's first collection in just two days. Later, they expanded the brand into beachwear and became one of the top 7 US swimwear brands for female.

Besides, the business partners designed product for several international brands like Wildfox, Guess, BikBok, and Missguided UK among others.

Devin Brugam has an estimated six-figure net worth, however, the amount is still under review. Brugam earns an impressive amount from her brand and blogs. Moreover, she also earns from her several modeling ventures.

I love my new car!!!!!! pic.twitter.com/W5BCHUwYbR

As of 2018, the stunning model, Devin Brugman, is dating a filmmaker, Daniel Yaro. The couple was spotted together in 2016. The couple prefers to hide the information about their love life from the limelight.

Caught me a naughty one..

The couple posts several pictures on their social media which shows that they are enjoying each other's company.

According to some online sources, she previously dated American NFL Player, Greg Little. The relation between the couple did not last long and broke up soon. There were rumors that the relationship between them ended because of Greg's financial condition.

Check out the interview with Devin Brugman and Natasha Oakley: