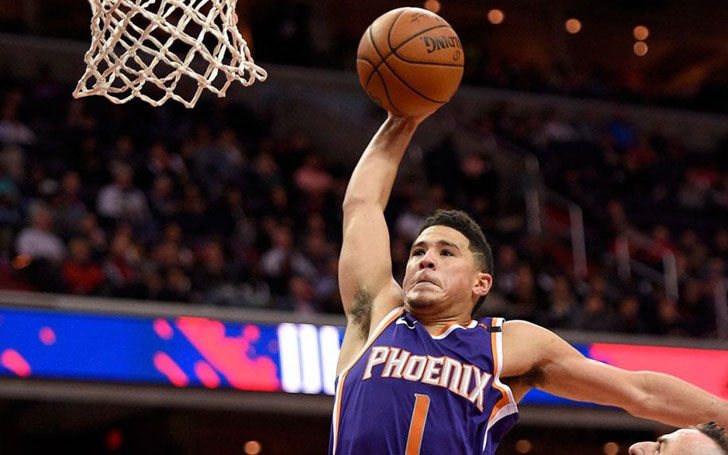 Devin Booker and T.J. Warren collected 70 vital points in the close 118-110 victory against Minnesota Timberwolves on Saturday. Booker one-handedly scored nine in the Suns' decisive 21-7 run over the final 3:50.

Andrew Wiggins and Jimmy Butler's 52 aggregate points couldn't save the Timberwolves from the second consecutive loss after five-game winning streak.

Devin Booker and T.J. Warren scored 35 points each in 118-110 win against Minnesota Timberwolves

Booker scored seven points on a streak and gave a vital pass to Marquese Chriss; who sank a 3-pointer from the corner giving the Suns a 111-103 lead with 51.2 seconds to go in the match. Chriss was the only other player to score double figures and block five shots in the game.

Minnesota had a 28-19 lead at the end of the first quarter although the players missed 15 out of 24 shots. While in a back-and-forth second half, Phoenix took control in the game with a late 14-0 burst.

Timberwolves again took the lead by 94-87 at the end of the third quarter and start of the fourth with a 19-4 run. However, the Suns scored ten consecutive runs to go up 97-94 after Warren scored a 17-footer with 6:53 remaining.

Suns currently stand at the 13th position in the Western Conference with five wins and nine loss while after the loss, Timberwolves is occupying the 6th spot with seven victories and five loss.