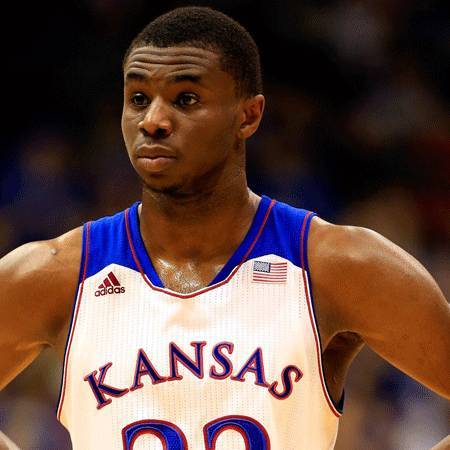 Andrew Christian Wiggins was born on 23rd February 1995 in Toronto, Ontario to parents Marita Payne and Mitchell Wiggins. His mother, Marita competed for Canada in track and field at the 1984 Summer Olympics earning 2 silver medals and his father Mitchell is a well known American retired professional basketball player who played for many NBA teams and European leagues. Andrew spent his childhood near Thornhill which is a neighborhood of Vaughan, Ontario along with his siblings, Nick, Taya, Angelica, Stephanie and Mitchell.

Andrew attended elementary school at Glen Shields Public School located in Vaughan. Then he went on to attend Huntington Prep High School in 2011, located in Huntington, West Virginia. He then went on to join University of Kansas in 14th May 2013 and began playing for their varsity team. He went on to average a total of 17.1 points, 5.9 rebounds per game with 34.1 % of his three-pointers in the freshman year. He was considered as a top prospect for 2014 NBA Draft but then announced in 2012 that he would officially reclassify into his original high school class of 2013. He was then selected in the 2014 NBA draft by the Cleveland Cavaliers on 26th June 2014 in the first round as the first pick. Andrew then began playing his pro career as a Shooting guard/Small forward. However, He did not play for Cleveland Cavaliers but for Minnesota Timberwolves as number 22. He officially made his NBA Debut with the Timberwolves season on 29th October 2014. Andrew went on to win the Western Conference Rookie of the Month for December after he earned an average of 14.6 points and 4.1 rebounds per game. Andrew went on to give his season best on 31st January 2015 with 33 p[oints and 4 steals.

Andrew is currently very young to be married and have children. He is reluctant on speaking about his personal life and thus keeps it private from the media. However, there are rumors that he is till date single. Not much is known tio the public about his dating history as Andrew is focused very much on his games.

Andrew is currently 20 years old, weighs nearly 90 kgs and stands tall at the height of 6 feet 8 inches. He has till date been noted for being the NBA Rookie of the year, NBA All-Rookie First Team and NBA Rising Stars Challenge MVP in 2015. In 2014 he was inducted in the Consensus second team all-American, First Team All-Big 12 and named Big 12 Freshman of the year. In 2013 Andrew was named Mr. Basketball USA, Gatorade National Player of the Year, Naismith Prep Player of the Year and was inducted in McDonald’s All-American and First Team Parade All American. Andrew earned a bronze medal for his participation in men’s basketball 2010 Germany FIBA World U17 Championship and also a bronze for his participation in 2012 Brazil FIBA Americas U18 Championship.