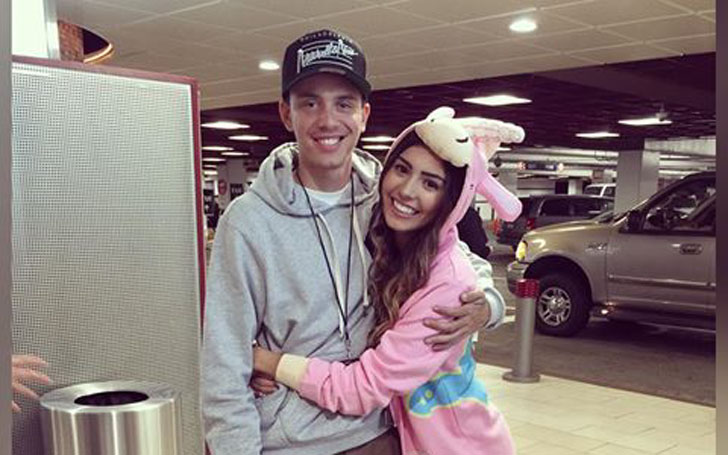 They say "Behind every great husband, there is a supporting wife." But the American rapper and singer Logic and his wife, Jess Andrea have a different story.

Logic who is recently in the headlines due to his powerful performance at the recent Video Music Awards is already a successful star whereas his wife has just begun her solo career. And rapper logic is completely behind his wife on the release of her first EP.

Twenty-seven years old rapper Logic and his musician wife Jess Andrea Logic are happily married for about two years now. According to some sources, after dating for over two years, the rapper tied the knot with his musician wife in Oct 2015.

Logic is a supportive husband. He supported and encouraged his wife, Andrea to pursue her solo career as he helped her with the release of her debut EP, Electric that released in August 2017.

The rapper also surprised his wife on her 25th birthday with a live orchestra right outside the balcony of their bedroom. He shared a video on his Instagram post on May 1, 2017. In the shared video, we can see a surprise on her face.

The adorable couple appeared together on the carpet of MTV VMA in August 2017 where they shared a fun time together. The rapper was nominated for his song Black Spiderman.

Logic and Andrea are a perfect match for each other and they are totally in love. Go through their Instagram and you'll see just how cute this couple are together.

Jess Andrea is not the first girl Logic dated. Prior to marrying Andrea, he was in a long-term romantic relationship for about five years. According to sources, the rapper broke-up with his then-girlfriend to focusn on his musical career.

“You can put your everything into a relationship, but that doesn’t mean you’re going to get back what you give. When I created my first mixtape, I realized everything I put in my music — the hours, the lyricism, the time, the grind, pain, sweat, blood, tears — I get it back. I see it.”

However, he hasn't disclosed the name of the girl he dated and also there are no further details about her.