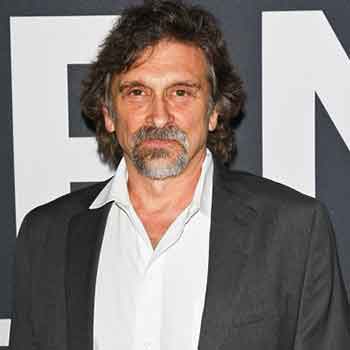 Character actor Dennis Boutsikaris managed to work in countless movies, TV series, plays, and audiobooks. From his hard work and devotion, the actor is enjoying a decorative and successful career for nearly four decades now. The skilled actor remarkably appeared in the movies and series like W., The Bourne Legacy, Person of Interest, Quantico and many others. For his contribution, he was honored with several awards.

Dennis Boutsikaris was born on 21 December 1952 in Newark, New Jersey. He grew up in Berkeley Heights, New Jersey. Boutsikaris is a son of a Jewish mother and a Greek American father. According to his date of birth, his zodiac sign is Sagittarius which defines him as an intelligent and outspoken person.

Boutsikaris attended Hampshire College, Amherst, Massachusetts. Later, he was engaged to The Acting Company where he learned theatre acting.

Dennis Boutsikaris was engaged in acting shortly after his graduation. The actor notably began his acting career from the comic science fiction movie Batteries Not Included in 1987. In the movie, he played the role of Mason Baylor.

Afterward, Boutsikaris appeared as Bob Tanner in the 1988 Australian-American film Crocodile Dundee II. Similarly, he was cast as Dr. Jeff Weitzman on the 1989 comedy film The Dream Team. Continuing his big-screen appearance, the character actor starred on the movies like Boys on the Side (1995),  In Dreams (1999), and many others. 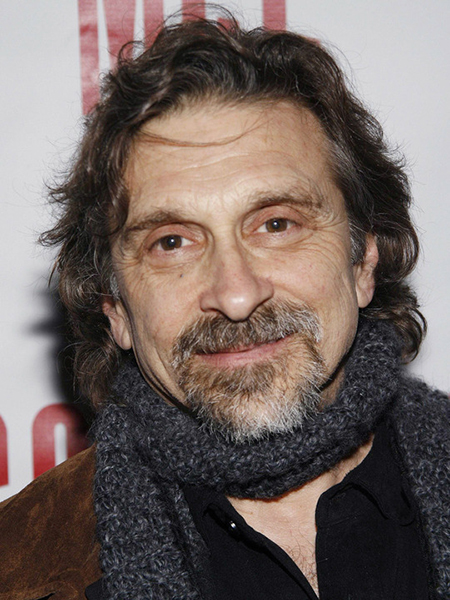 Along with his big-screen roles, Boutsikaris also appeared in several small screen roles. In the year 1991, he was cast in the main role of the American sitcom Stat. In the series, the actor was cast as Dr. Tony Menzies. Likewise, the actor starred as Jerry Harper on another sitcom The Jackie Thomas Show in 1992.

Dennis also worked as a lead cast Joe in the television series Misery Loves Company in 1995. The actor worked on several TV shows such as; 100 Centre Street, Nurse, ER, Law & Order, Shameless and many others.

Besides his screen roles, the actor also appeared in the theatre with the plays like Amadeus, Filumena, and Julius Caesar. For his appearance in the play Sight Unseen, he was awarded an Obie Award.

Then after, Boutsikaris notably starred on the popular biographical movie of George W. Bush, W. in 2008. In the movie W., he played the role of Paul Wolfowitz, a U.S. Deputy Secretary of Defense. Then in 2012, he worked on the action thriller film The Bourne Legacy. In the movie, the actor portrayed the role of Terrence Ward.

In the year 2013, the talented actor starred on the popular science fiction crime drama television series on CBS, Person of Interest. In the year 2017, Dennis appeared in the recurring role of Henry Roarke on the ABC television drama thriller series Quantico. In Quantico, Boutsikaris shared the screen with the popular actors like; Priyanka Chopra, Josh Hopkins, Jake McLaughlin, Aunjanue Ellis, Russell Tovey, and others.

Besides his prosperous acting career, the artist has given his voice for more than 100 audiobooks for which Boutsikaris was honored with eight Audie Awards. He was also awarded two Best Voices of the Year Awards by the AudioFile Magazine.

Actor Dennis Boutsikaris starred on numerous movies and television series in course of his career of over three decades. From his successful career, the actor managed to accumulate an impressive net worth, however, there is no reliable information about his net worth.

According to multiple sources, Boutsikaris has a net worth of over $1 million. For his hard work in countless movies, TV series, play, and audiobooks, no wonder the actor is worth more than $1 million.

The talented actor Dennis Boutsikaris is leading a low-key personal life. As for our concern, the actor is single at the moment and isn't in relationship to anyone. Looks like, he is completely occupied with the professional affair.

Previously, Boutsikaris was married to his ex-wife Deborah Hedwall. The couple tied the knot back in 1982 and were leading a happy married life, but two decades later, the pair chose to live separately. The two divorced in the year 2002. Dennis and Deborah share two children. Though he is separated from his wife, Dennis is very close to his kids.

The actor loves to spend time with his children as much as possible. Other than that, he loves to work on his farmhouse, New York. So far, he is living a happy life for himself.