Born in Essex, England, an English actor Russell Tovey owns a pretty decorative career. Thanks to his hard work and devotion, he starred on the popular series like Being Human, The History Boys, Quantico, and many others. Tovey is a versatile actor who has managed to prove himself as an accomplished artist through his outstanding performances. But life wasn't always sunshine and rainbows for the star as he had a hard time to come out of the closet.

Russell Tovey was born Russell George Tovey on 14 November 1981 in Billericay, Essex, England. He is a son of Carole Haynes and George Tovey. He has an older brother named Daniel Tovey.

Tovey attended Harold Court School, Harold Wood. Then after he studied at Shenfield High School. In his school days, Tovey wanted to be a history teacher but later he grew interested in acting. Later on, he joined the Business and Technology Education Council (BTEC) program at Barking College.

Russell Tovey started acting in a local theatre at the age of 11. Luckily, he caught the attention of a talent agent and subsequently appeared in commercials including WHSmith and Heinz. Then after, Tovey starred in the 1994 CBBC television drama Mud.

Following his television appearance, the star Tovey focused more on his acting job and less on his college. He ultimately stopped his study and worked on films like His Girls Friday and His Dark Materials. 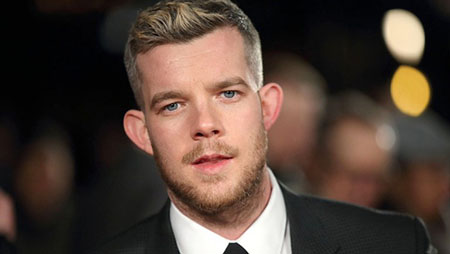 Later in 2004, he starred as Rudge on the Broadway play The History Boys. Then he appeared in a recurring role of Ben in the BBC Three comedy show Rob Brydon's Annually Retentive (2007). Tovey also starred on the British science-fiction television show Doctor Who. On the show, he was cast as a midshipman Alonso Frame on the Voyage of the Damned and The End of Time.

In 2009, the actor landed on his breakthrough role in the British supernatural comedy-drama Being Human. In the series, he played the role of a fictional werewolf George Sands. Tovey regularly played the role for three seasons. He also narrated the audiobook version of the play in 2012.

Afterward his spectacular performance in the series Being Human, Tovey starred as the main cast on the film A Miracle in 2009. The same year, he appeared on the movie Huge. The actor also worked on the short films Drop, Roar, and In Passing.

In 2011, Tovey narrated the British reality television series Sun, Sex and Suspicious Parents in 2011. He narrated all the 5 seasons of the series which was last aired on July 2015.

Then the star was cast as a Budgie in the British sitcom Gavin & Stacey in 2012. The same year, he appeared on the popular British crime drama series Sherlock as Henry Knight. Afterward, Tovey worked in the British sitcom The Job Lot (2013), American comedy-drama Looking (2014), and British drama Banished (2014).

In 2016, Russell was cast as one of the main characters Harry Doyle in the ABC'S thriller drama series Quantico along with other casts Priyanka Chopra, Jake McLaughlin, Tate Ellington and others. He then gave his voice for the main character The Ray, a fictional superhero in the animated web series Freedom Fighters: The Ray.

The English actor. Russell Tovey starred on several successful television series and movies. For his incredible performances in his films and TV series, he is paid a handsome amount of money. According to a reliable source, Tovey has an impressive net worth of $4 million.

The versatile actor Russell Tovey is openly gay. He came to know his sexuality in at the age of 15 and he came out to his parents when he was 18. His parents had a hard time dealing with the news and were very concerned that he might contract HIV.

For years, Russell and his father had a falling out because of his homosexuality. As time passed, his parents accepted the way he is and they eventually developed a sound relationship again. 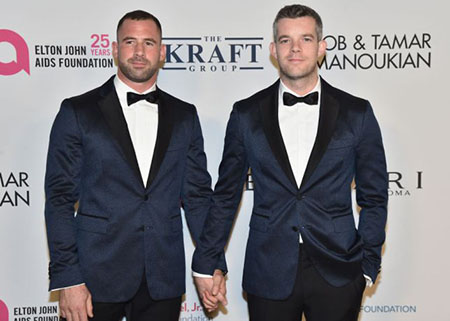 Previously, the star Tovey was engaged to his boyfriend Steve Brockman. However, for some reason, the pair called it off only after 4 months of their engagement which keep him away from being a husband. After breaking up with his fiance Brockman, the Quantico actor is enjoying his single life.

Here's a video of Russell Tovey.