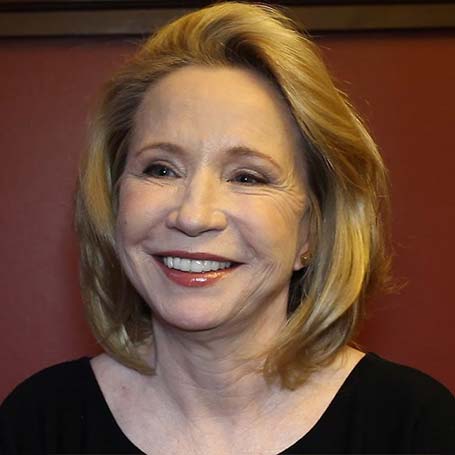 The American actress and voice actress, Debra Jo Rupp is best known for playing the character of energetic Kitty Forman on the Fox sitcom That ‘70s Show and Alice Knight-Buffay on seasons- third, fourth and fifth of the popular series-Friends. Add to this, the brilliant actress has given her voice on many Hollywood movies.

Debra Jo Rupp was born on February 24, 1952, in Glendale, CA under the birth sign Pisces. She holds an American nationality and belongs to a white ethnic group. She grew up along with her two sisters.

She completed her education from 'Masconomet Regional High School' in Boxford. Then, she graduated with a B.A. degree from the University of Rochester.

In 198o, Jo Rupp started her career by playing the character of Helen, a cheating husband’s wife in ‘Second Verse’, a one-act comedy by Sharon Tipsword in a Nat Horne Theater drama festival.

In 1985, She played the part of a young bride in ‘The Middle Ages’, produced by A. R. Gurney.  In 1990, she performed as ‘Mae’ with Kathleen Turner in a Broadway production of ‘Cat on a Hot Tin Roof’ at the Eugene O'Neill Theatre.

Moreover, the American actress acted in a number of television shows in the early 1990s; ‘Davis Rules with Randy Quaid’, ‘Phenom’, ‘Family Matters’, ‘Blossom’, ‘L.A. Law’, and many more.

Jo Rupp lent her voice to the character of Mrs. Helperman in ‘Teacher's Pet’, a ‘Disney’ animated series in 2000. Also, she had two theater roles in Ma s sachusetts in 2008; ‘A Flea in Her Ear’ and ‘To Kill a Mockingbird’.

A versatile actress played the role of Ruth in ‘She Wants Me’, a romantic comedy and also starred in ‘Dr. Ruth – All the Way’ in 2012. She appeared the role of Carol Coogan in Fair Market Value, in 2017.

She is mainly popular for her role in That ‘70s show sharing screen with actors like Laura Prepon, Topher Grace, Mila Kunis, Danny Masterson, Ashton Kutcher, and Wilmer Valderrama among others.

Some of her movies have made a good collection at the box office:

Debra is still unmarried and is also not dating anyone at present. The actress has managed to keep everything secret about her love life, relationship, and personal matters.

It seems like she is enjoying her single life and focusing on her professional life rather than her personal life.

Stay Tuned to ArticleBio for more news, biographies, and gossips.