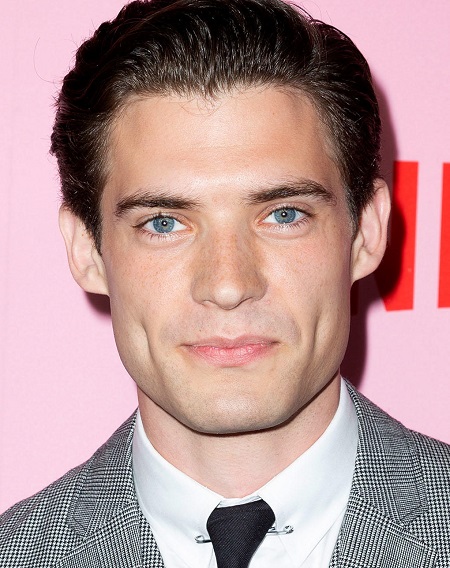 David Corenswet is a rising American actor who started acting career in 2011. He first grabbed the attention for guest appearing in the television series, House of Cards, in 2019. He appears in the series, The Politician, since 2019. As of 2020, he appeared in Hollywood alongside Jeremy Pope and Michelle Krusiec.

David’s full name is David Packard Corenswet. He was born on 8th July 1993 and is currently 27 years old. He was born in Philadelphia, Pennsylvania, in the United States of America. He was born to father John Corenswet and mother Caroline Packard.

David’s father, John, worked as a stage actor in New York before becoming a lawyer where his mother is a lawyer. He grew up with hi sibling-sister, Amy Packard Corenswet, who is a 2020 graduate of the University of Pennsylvania Law School.

David’s maternal grandfather is Edward Packard, who is the creator of the Choose Your Own Adventure book. He has written over 50 books. Edward’s wife, his maternal grandmother, was a Quaker activist.

The 27 years old actor studied at The Shipley School and later got enrolled at the Juilliard School, graduating with a Bachelor of Fine Arts degree.

The 27 years old actor started his acting career in 2011, appearing as Ted in the short movie, Following Chase. He was also the writer of the film. Two years later, he portrayed the character of Clyde in the short film Michael and Clyde.

Talk narrative structure and character development to me. 😬

David has appeared in movies like Affairs of State as Michael Lawson and as Lifeguard in Project Pay Day.

On the other side, he began television series in 2014, appearing as Jerryweather in series Moe & Jerryweather. He appeared in total seventeen episodes. In 2015, he appeared in One Bad Choice.

Overall, David has worked in a handful of projects like Elementary, House of Cards, Instinct, The Politician, and Hollywood.

David Corenswet’s Net Worth in 2020

The rising actor is yet to open up the exact figure of his net worth. Some online tabloids reported that David’s worth might be around $500 thousand.

As an actor, David’s salary might be around $50 thousand per annum. He earns a high figure of money from the acting profession. Likewise, he also endorses brands and appears on commercials bringing a considerable fortune.

As David has portrayed ay roles in the television series Politician and Hollywood, many questioned his sexuality.

In the series, Politician, he was a gay who was in a relationship with a girl named Astrid Sloan. He showcases his inner struggles. Likewise, in Hollywood, he played the role of Jack Costello.

Well, regarding David’s personal life, there is nothing disclosed about him. He has not opened up about his dating life and relationships.