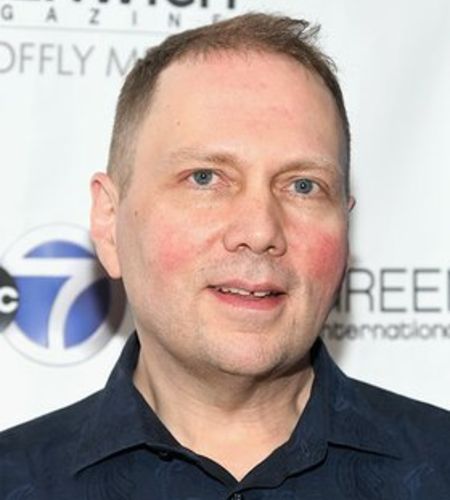 Dav Pilkey is an American writer, illustrator, and cartoonist most known for his Captain Underpants children's book series and the Dog Man series of children's graphic novels.

How Old Is Dav Pilkey? Who Are His Parents?

Dav Pilkey was born David Murray Pilkey, Jr. on March 4, 1966, the younger of two and the only son of David Pilkey, Sr. and Barbara Pilkey. At the time of this writing, he is 55 years old. He was born in Cleveland, Ohio, and raised in North Ridgeville, Ohio, with his older sister.

Pilkey was diagnosed with Attention Deficit Hyperactivity Disorder (ADHD) and dyslexia as a child and spent most of his time in the school hallway where he concocted his Captain Underpants character.

He went on to graduate from Kent State University in Kent, Ohio.

What Is Dav Pilkey Known For? 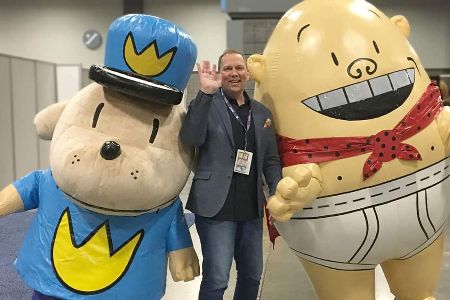 Pilkey is most known for his Captain Underpants illustrated children's book series. It is his most successful book series to date with over 80 million copies sold worldwide across 12 volumes, two activity books, and 11 spin-offs. The book series was the basis for the 2017 computer-animated film titled Captain Underpants: The First Epic Movie featuring voice-work from Kevin Hart, Ed Helms, Nick Kroll, and Thomas Middleditch, among others.

Other notable book series include his "Dog Man" and " Ricky Ricotta's Mighty Robot" series of children's graphic novels. He has also authored several one-offs like 1993's "Kat Kong" and "Dogzilla", 1995's "The Hallo-Wiener", and 1996's "The Paperboy".

Is Dav Pilkey Married? Who Is His Wife?

Dav Pilkey has been married since 2005 to his wife, Sayuri Pilkey. Despite making his career as a children's author, illustrator, and cartoonist, Pilkey has no children of his own. 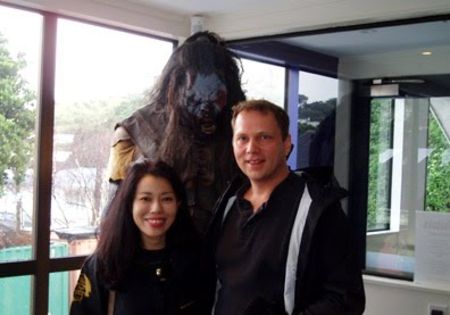 The couple resides in Bainbridge Island, Washington, as of 2017.

According to some sources, Dav Pikley is estimated to have a net worth of around $4 million as of March 2021.