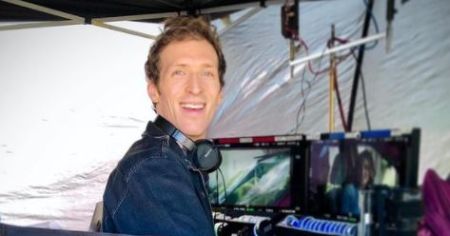 Los Angeles born Daryl Wein is an award-winning American director. He is famous for directing films like Breaking Upwards, Lola Versus, White Rabbit, and How It Ends.

Besides filmmaking, Wein has been contributing to the industry as a producer, writer, and an actor for the last 15 years.

Life Before Success: Graduate Of NYU Tisch School of the Arts

His parents, Mitchell Lawrence Wein (worked as a creative director in advertising) and Jan Sparling raised in in Westport, Connecticut. By nationality, he is an American and belongs to the white ethnicity.

Daryl completed his schooling from Staples High School. Later, he gratuated from NYU Tisch School of the Arts and the USC School of Cinematic Arts.

How Much Is Daryl Wein Net Worth?

The multi-talented artist has gathered a decent sum as a director, writer, producer, and an actor. No doubt, White Rabbit director earns a salary of hundreds of thousands from his films, television series, endorsements, and sponsor ships.

As per reports, Daryl Wein is said to have an estimated wealth of $4 million. Besides that, accordinmg to Influencer Marketing Hub, he makes around $78 to $130 per promotional post via Instagram with an engagement rate of 0.84%.

The man of all seasons started his professional journey as an actor. Back in 2001, he began his acting career as Tanner in the film Magic Rock. So far, his acting credits include The Hebrew Hammer, Ed, Law & Order: Special Victims Unit, Law & Order, Delocated, Band Aid, and Life in Pieces.

Eventually, in 2006, Wein made his debut as director, writer, producer, and editor with the shortfilm Unlocked. His debut feature-lenght movie 'Sex Positive', a doc u mentary about gay hustler and AIDS activist Richard Berkowitz won the 2008 OUTFEST Grand Jury Prize for Best Doc u mentary. 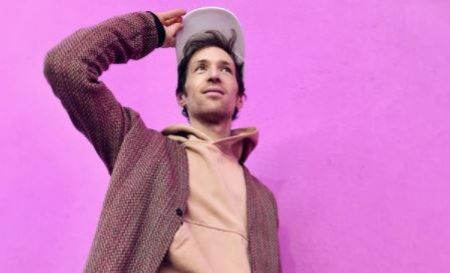 The 37 year old gained deserving fame for directing the the film Breaking Upwards (2009). The romantic comedy-drama movie starring Julie White, Peter Friedman, Andrea Martin, Pablo Schreiber collected US $77,389 at the box office under the budget of $15,000. He even acted, produced, wrote, and edited the film

Besides that, he has also served as cinematographer in Blueprint, White Rabbit, Pay No Attention, Awokened, and How It Ends.

Personal Life: Who Is Daryl Wein Married To?

Blueprint producer is married to Zoe Lister-Jones. The duo exchanged wedding rings in the year 2013. However, no details about their marriage ceremony are under the wrap. 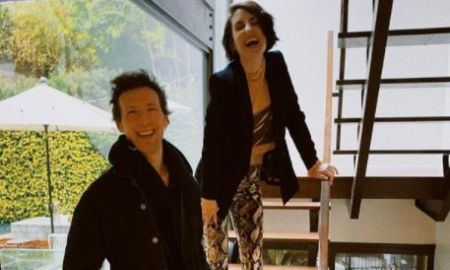 Daryl's wife Jones is an actress, producer, director, and writer popular for starring in the CBS sitcom Life in Pieces (2015-2019). Both the couple co-wrote and co-directed the 2021 comedy comedy-drama film How It Ends.