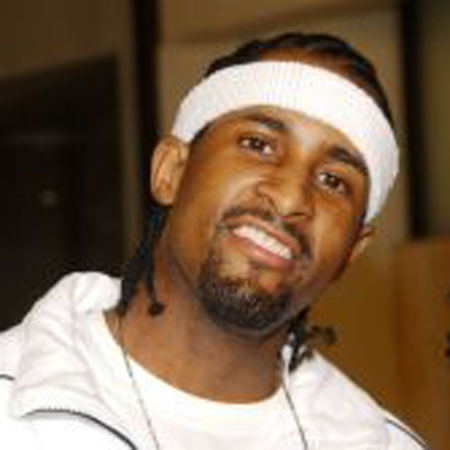 Dartanyan Edmonds is Washington-born actor and writer. He is has gained name and fame for his skills in multiple fields like Acting, writing, producing, as well as creating. He has been active in the entertainment industry and has also given some hits in Hollywood including Deliver Us from US, Bulworth, and A Thin Line Between Love and Hate.

The actor and writer, Dartanyan Edmonds, was born on January 3, 1972, in Washington, District of Columbia, USA. He was raised by his parent in his hometown, Washington, and has also done his schooling from there.

Regarding his nationality, Edmonds is an American, and as far as his ethnicity, Edmonds is Black. He began his acting career as a Stand-Up comedian in Washington DC at the age of 16. He debuted by appearing on NBC's ‘It's Showtime At The Apollo.’

At the age of 17, Edmonds also became the first and only teenage comedian to receive a standing ovation at the world-famous Apollo Theatre. He later moved to Los Angeles and featured on HBO's ‘Def Comedy Jam.’ Edmonds gained huge popularity after starring in a 1996 American dark comedy-romance film, A Thin Line Between Love and Hate along with Regina King and Bobby Brown.

The movie also grossed a huge box office collection of $34.7 million worldwide against its filming cost of $8 million. In the year 2003, Edmonds also appeared in the romantic comedy film, Deliver Us from Eva. Besides, he also made his appearance on MTV's sketch comedy series ‘The Lyricist Lounge Show.’

Currently, Edmonds is working as the Writer/Executive Producer of the feature film ‘Rented.’

The 38 years old, Dartanyan Edmonds is yet to be married and doesn’t have any children. In his decade-long journey to fame, Edmonds has never come out public with any of his relationships and has not said anything about his girlfriend and dating.

However, Edmonds was rumored to be dating American actress and model, Essence Atkins. They were spotted together during the ‘Deliver Us From Eva’ Premiere at Cinerama Dome in LA. Besides, he is a die-hard fan of the Dallas Cowboys. He currently resides in California.

Dartanyan Edmonds is an American actor and writer who has played a number of a wide range of characters throughout his career. One of his hit movies, A Thin Line Between Love and Hate made a whopping box office collection of $34.7 million whereas its production cost was $8 million.

According to some online sources, Edmonds’s net worth is around $10 million.