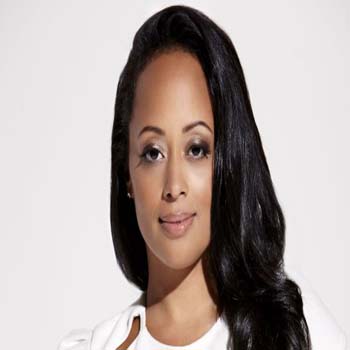 A popular American Actress Essence Atkins is best known for her roles in the UPN sitcom Half & Half as Dee Dee Thorne and in the WB sitcom Smart Guy Yvette Henderson. She has also appeared in the TV series Are we there yet? as Suzanne Kinston-Persons.

Essence Atkins was born in year 1972 February 7 in Brooklyn, New York. She is the only child of her parents Sandy Nelson and Jeffery Atkins. She is an American national belonging to African American ethnicity. There is no information available on early life as she has not spoken about it. There is also no information on where she finished her education. She is active in the entertainment world since 1986

Suzanne began her career in 1986 playing in the episode of the television series The Cosby Show as Paula Young. She appeared for the series in 1989 as well with the same role in an episode called I’m “In” with the “In” crowd.

Atkins has regularly been cast in different television series than after. Even though her initial days were with minor roles, she did an impressive performance in whatever roles she appeared in. Later onwards, she began to be cast in major roles.

Atkins has appeared on Sunday in Paris in 1991, Charlie Hoover, Family Matters, Here and Now, Saved by the Bell: The College Years, Under One Roof, The Wayans Bros, The Parent ‘Hood, Malibu Shores, The John Larroquette Show, Smart Guy, Promised Land, Moesha, Sabrina the Teenage Witch, Love Song, Half & Half, Love, Inc., Football Wives, The Class, House, Nita Tales: The Series, Are We There Yet?, Tyler Perry’s House of Payne, from this day forward and Mr. Box Office. She can be seen in the series Are we there yet and Mr.box office at present.

Her first break in the movie arena was in the year 1999, a short movie titled Nikita’s Blues as Nikita. Later in 2001, the feature movie of the same short film was made and she performed the lead role of Nikita’s Blues.

Later onwards, she got the role in XCU: Extreme Close Up, How High, Looking Through Lillian, Deliver us from Eva, Love & other 4 letter words, Love for sale, Dance Flick, Preacher’s Kid, N-secure, The Bachelor Party, Dysfunctional Friends, A Haunted House, Act Like You love me, Another Stateside and My Sister’s Wedding. Her recent work is the sequel to A Haunted House 2 in 2014.

The actress played many major roles in both movies and TV series. In the year 2013, Atkins was a cast in the movie A Haunted House which became the quiet hit at the box office grossing over $60 million against a budget of $2.5 million. The movie starring Cedric the Entertainer, Nick Swardson, and more.

Talking about her personal life, Essence Atkins is a married woman. She is married to a collegiate football-free safety Jaime Mendez. She met with her husband Jaime through the online dating site called Match. Com. This suggests that Essence is an active user of the internet and is also present on social sites.

Atkins got married to Jaime on 2009 September 26 and within a year she becomes pregnant with her first baby. She delivered her son Varro Blair Mendez on 2011 December 25, on Christmas day. Essence has a beautiful small family of three, herself, her husband, and her adorable son. She is living a very happy married life. There is no problem in her relation thus there is no rumor of their separation or getting a divorce.

Essence weight is 55 kg. She is a very hot and attractive personality. She has sexy and hot body measurements of 36-25-36 inches.

It is said that the main reason why people love her is due to her body. She looks very charming and incredibly hot in any of the outfits she appears in. She loves to flaunt her curves as she has a combination of sexy curves with hot slender legs.