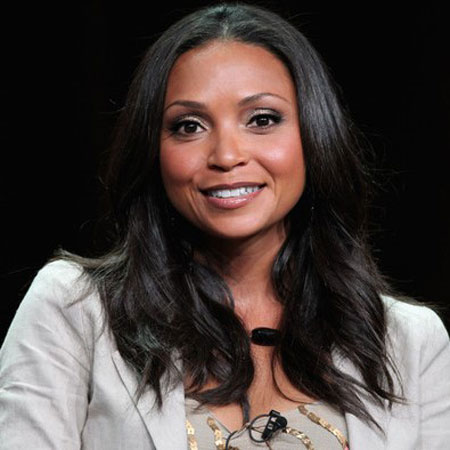 TV, film, and voice-over actress Danielle Nicolet is active in the field of acting since 1990. She is well known for her recurring characters in series including BET's The Game, ABC's Family Matters, TNT's Heartland, NBC's 3rd Rock From The Sun and USA's The Starter Wife as well. She is keenly interested in acting and wanted to be an actress from an early age.

The actress Danielle Nicolet was born on November 24, 1973, Ashtabula, Ohio, United States of America. She was brought up in a working-cla s s Ohio town. After that, she went to southern California with her family at the tender age of 8 and trained as a gymnast.

Danielle is active in the field of acting when she was 16 years. As a child, she spent many of her time studying and watching movies for learning the techniques or skills of acting. She was promoted to the first grade after demonstrating an unusually high aptitude in the test of her nursery school.

After accomplishing her schooling, Nicolet studied acting in college. During her childhood, Nicolet also asked her mother to allow her to pursue a career in acting. She belongs to American nationality and Nicolet has a mixed ethnicity as her mother is an Italian and her dad is African-American.

With a dream to pursue acting as a career, Danielle Nicolet appeared in the recurring character on the ABC sitcom Family Matters in the year 1991-1992. After that, she landed to portray the character of Caryn on the NBC portion 3rd 'Rock from the Sun' alongside her co-stars John Lithgow, Jane Curtin, and Wayne Knight.

From 2011-12, Danielle appeared as Ororo Munroe/ Strom in the TV series Marvel Anime: X-Men. The actress landed the role in the TV series Naruto: Shippuden from 2013-17. She has been starring in The Flash since 2015.

Later, Danielle’s career moved forward with a number of unusual appearances in films, TV series and voice actor in video games as well. After having more experience in the acting field, she played the role of Maggie in the action comedy film Central Intelligence. The movie’s producing cost was $50 million and it grossed a tremendous box office collections of $216.9 million.

Danielle Nicolet's Net Worth And Earnings

The actress played a number of roles in countless box office hit movies which includes Central Intelligence (2016) which grossed $217 million worldwide against its $50 million budget.

The 43 years old American actress Danielle Nicolet seems pretty secretive regarding her personal life. However, she recently released pictures of her with husband Mike Maker on her Instagram account and she captioned it,

“HAPPYBIRTDAY to my one & only, my road dog and puzzle piece @mikekussman-Love you baby! U make life good.”

The Instagram post created rumors about their dating, love affairs, and relationship as well. And it is reported that two are married now.

Ahhhhhh spring has sprung!!!! #tbt to springtime in Paris with @michaelkussman - love you shugah!

Nicolet additionally posted a number of glamorous shots with renowned American actor Dwayne Johnson who is also known by his ring name 'The Rock' and actor and comedian Kevin Darnell. As of 2019, she has over 267 K Instagram followers.

Besides, Danielle is a huge sports fan and her favorite director is Billy Wilder likewise.