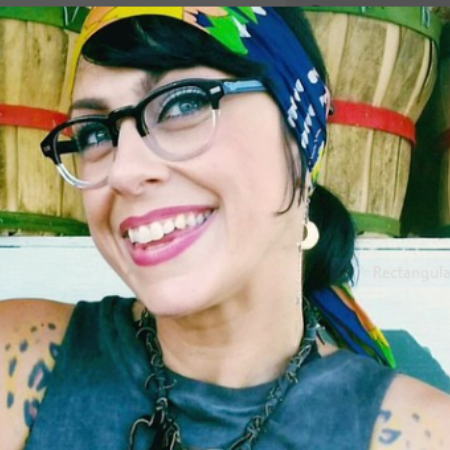 Danielle Colby, an American reality television personality, burlesque dancer, and fashion designer, is notable for the historical reality television show American Pickers. She appears in the show alongside Mike Wolfe and Frank Fritz. They have been appearing together since 2010. Well, what about the love life of Danielle? Is she married? If yes, who is her husband? What about her past affairs and relationships? Find out all about her career, net worth, earnings, and relationships.

Danielle Colby was born on 3rd December 1975, in Davenport, Iowa, United States, making her 46 years old as of May 2022. She is an American by nationality and she belongs to the White-American ethnicity. He was born under the birth sign Sagittarius.

Colby was brought up as a Jehovah’s Witness. In her early days, she owned and participated in a female roller derby, the Big Mouth Mickies, for three years. However, the injuries forced her to give it up and focus on some other things.

Colby became interested in burlesque at the very young age of 12 and began to perform burlesque dancing. Residing with her family in Chicago, she went to a burlesque performance starring dancer Satan’s Angel and comedian Margaret Cho. The show prompted her desire to become a burlesque dancer.

Colby's talent and interest in dance made her create the professional burlesque troupe ‘Burlesque Le Moustache’, with nine performers including Colby herself with the stage name Dannie Diesel, touring Eastern Iowa and Western Illinois.

The media personality owned a Burlesque Academy named ‘Dannie Diesel’s Bump ‘n’ Grind Academy’, as of 2014. It is located in Rogers Park, near Chicago.

Colby became a household name and one of the biggest stars on the History Channel through the reality show American Pickers, alongside her colleague Mike Wolfe and Frank Fritz who had been her friend for a decade before the show started in 2010.

The show premiered on The History, formerly known as the History Channel, on 18 January 2010. Within a short period of time, the show became the top-rated nonfiction series of 2010. Currently, the show is running its 18th season.

Colby had been a close friend of Mike Wolfe for a decade before the concept of the show was developed. Wolfe asked Colby to work at the office of the antique shop Antique Archaeology, once the show, American Pickers was sold to the History Channel.

While the guys are out picking, Colby holds down the fort at Antique Archaeology, Mike's store and base of operations. She spends her time talking to buyers, packing up shipments, and keeping Mike and Frank in line, while they keep her in stitches with their antics and jokes. Mike likes to say she's the glue that holds them all together.

A mother of three is always working on a new creative project, whether it's painting, designing clothes, or selling vintage-inspired gifts online. She feels extremely proud of the "boys" and fortunate to work with such a talented pair.

Colby is also a fashion designer. She owns her own clothing boutique that features antique-inspired and retro appeals called ‘4 Miles 2 Memphis’, most of them were designed and created by her. The boutique is in the Wicker Park area of Chicago and was opened on 18 January 2010.

Let's Discuss Her Riches: Net Worth And Earnings

Danielle Colby's fortune in 2022 is around $2 Million. Similarly, her net worth was $1.5 million in 2019. Her successful dancing career, reality television shows, and her boutique have played a significant role in maintaining such a good net worth in her life. On average, she earned more than $50k from her dancing career. 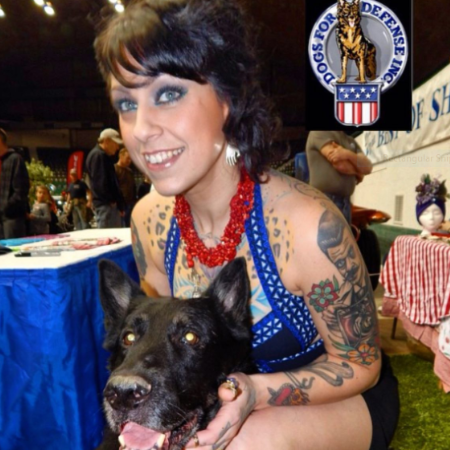 According to a report from paysa.com, an actor at History makes an average of $46,655 annual salary. It also said the salary ranges from at least $36,024 to $54,837. We believe, the dancer and the television personality, Colby's salary falls in the same range.

Colby has also a considerable fan following on her Instagram account. And it is also the major part of her net worth as she can command between $534-$890 a sponsored post. Millionaire Colby also earns her riches from sponsorship, commercials, contracts, & more.

Colby seems to lead a single life at present as there is no media coverage of her current love life. Previously, the reality tv star was a married woman. Danielle was married to Alexandre De Meyer, a French graphic designer, and artist, for a few years. Colby and De Meyer have been happily married ever since their marriage in 2004. The couple gave birth to a child before they parted their ways.

Alexander De Meyer is a designer who primarily creates posters, covers, artwork, logos, stickers, t-shirts, and other pieces of stuff. He is of French origin and Caucasian ethnicity.

Before Colby tied the knot with De Meyer, she was in a marital relationship with her first husband Kevin Colby. Colby has two children with her former husband. Her daughter is also a much-talked topic in her life. It seems like her daughter is active on Tiktok and going to start her modeling career soon.

The television arena which gave the beautiful and tall presenter a successful career became one of the major reasons for her divorce from her first husband Colby. She also told in an interview with WQAD-TV that her ex-husband couldn’t deal with her fame and notoriety.

Looking at her social media posts, we can conclude that Colby is fond of getting tattoos. She has covered almost every part of her body in tattoos. The American tv personality always takes a chance to flaunt her tattoos. 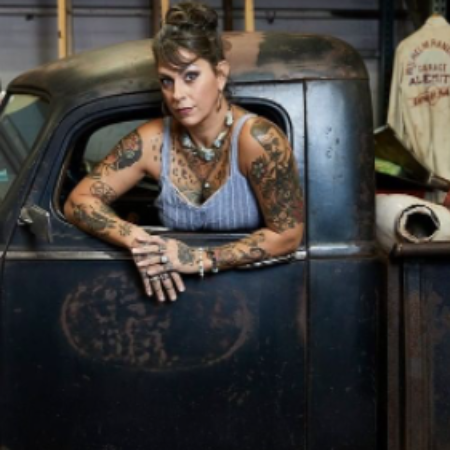 The reality TV personality is likewise an avid animal lover who has one pet dog. She often posts pictures on her Instagram account with her pet dog.

American Pickers fame star, Colby has gained massive popularity through her dancing skills around the world.

Colby's Age, Height, And Other Facts